We need to talk about Jon Donnison 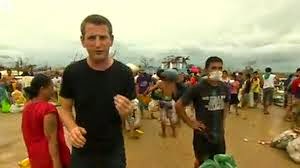 Jon Donnison's use of Twitter as an important arm of his reporting puts his tweets well beyond being merely "views mine". It's clearly meant as public BBC reporting.

His Twitter feed over the last 24 hours has been highly active. This is what he's been telling the world through it:

He begins with tweets about last night's airstrikes on Gaza, interspersed with two tweets reporting Hamas' statements saying (a) Hamas knows nothing about the missing Israeli soldier and (b) that "it was Israel that violated [the] ceasefire." (Ed: Israel to blame, says Hamas. And the Israeli view, Jon?)

A quote from Gaza health officials (Ed: Hamas "health officials"?) citing Palestinian casualty figures (Ed: independently verified by the BBC?) is followed by a tweet (endorsing) re-tweeting a Washington Post blog accusing Israel of being behind the rise of Hamas and telling Israel, "You reap what you sow". (Ed: Israel now even to blame for the existence of Hamas, it seems.)

Then comes a tweet citing "sources in gaza" blaming an Israeli "one tonne bomb" for killing the missing Israeli soldier. (Ed: Are those 'sources' in Gaza related to Hamas by any chance? Israel to blame again, it seems. Again.)

A wry photo and a caption saying "Not much custom at the gaza love boat" (Ed: Implication, Israel to blame) is followed by some lovely photos of sweet, smiling Gazan children, rendered poignant by the context.

After a tweet that uses exclamation marks to register his disapproval of President Obama's folksy choice of words ("Folks!!" Obama: "we tortured some folks""), he quotes the Health Ministry in Gaza again (Ed: Would that be the Hamas-run Health Ministry by any chance, Jon?) over the latest total Palestinian casualty figures (Ed: independently verified by the BBC, Jon? Many terrorists among them, Jon?)

Then he posts a photo of the Islamic University in Gaza (damaged by Israeli strikes today), followed by the image of a letter in praise of the restaurant there, accompanied by his own poignant, pointed commentary on it: "English book of Rula  at bombed Islamic Uni. "How I choose a restaurant. A place to go at weekend." Not this weekend." (Ed: No mention of the Israeli claims that the university has long been used to help Hamas in the development of its rockets?)

Then comes a long series of distressing photos of badly injured Palestinian children, many accompanied by captions pointing the finger of blame at Israel for their upsetting condition. (Ed: It appears - from his replies on Twitter today -  that Jon Donnison himself took these photos. He certainly wrote the captions.)

Next, Jon Donnison tweets a link to a piece by Nathan Thrall of the International Crisis Group. Mr Thrall is a longstanding critic of Israeli actions. "Retweets, #Tags not endorsements", says Jon's Twitter profile. Jon's next tweet says, "You won't get much better analysis on gaza and hamas than from @nathanthrall" (Ed: ...which  certainly seems like a strong endorsement to me).

It ends with a tweet promoting his latest emotionally-powerful TV report on the plight of those injured and orphaned Gazan children.

It is unquestionably punchy reporting. Is it impartial reporting though? It would be very hard to say it is, wouldn't it?

Final thought: There's no question that Jon Donnison is an experienced and gifted reporter. Supporters of Israel may feel that he's also an experienced and gifted propagandist. (Ed: Yep!) But is that fair? Couldn't it be that he's seeing what he's seeing and then linking to people who are writing stuff which backs up what he's seeing (rightly or wrongly)? Is it so wrong that he's clearly so angry about this conflict, especially about the deaths of so many children, and that his tweeting reflects that anger? (Ed: But just angry at Israel? Shouldn't he be angry at Hamas too? In fact, ESPECIALLY at Hamas?) Should a journalist merely be a neutral automaton? Shouldn't he make his views clear, even at the risk of casting aside BBC guidelines on impartiality? (Mary Hockaday: No, no, not so blatantly, in public, no!!!!)

(Ed: Or to put it another way, he's rampaging around like a biased BBC bull at the moment. He's far too emotionally-involved, and is behaving like an activist, p***ed off with Mahmoud Abbas for not being militant enough.

Even when he was tweeting from Oz (as the BBC's Oz correspondent) 'the Palestinian cause' seemed his abiding concern. He's obsessed. He's militant.

He needs to go back to berating Tony Abbott and Australia's tough immigration policy, like a good BBC reporter should.)

Final final thought: And for more on this please read this post by Sarka at Harry's Place (for Giles Fraser read Jon Donnison and see what you think).

Final final final thought: BBC Watch notes a couple of factual errors from Jon Donnison in an earlier emotionally-charged TV report, and Googling seems to confirm that they are, indeed, factual inaccuracies.

The first comes when JD says:


An Israeli soldier suspected to have been captured alive by Hamas fighters after they crossed the border through a tunnel. Israel says one fighter detonated a suicide belt as he emerged from underground. Two soldiers were killed and 23 year-old Hadar Goldin was dragged back into Gaza.”

All the accounts I've read say that the above incident took place when Hamas fighters emerged from tunnels near Rafah in Gaza, not in Israel.

Similarly (and yet also conversely), drawing comparison with Gilad Shalit's kidnapping, Jon D blunders again factually when he says in this report,


Hamas will see this as a huge result. It took more than five years for Israel to free the last soldier captured in Gaza, Gilad Shalit.

Gilad Shalit was not captured in Gaza. He was captured on the Israeli side of the border.

Evidently, Jon Donnison ought to stand back, take a very deep breath and strive to pay much more attention to simple matters of factual accuracy. His emotions appear to be clouding his reporting in red mist.
Posted by Craig at 20:50