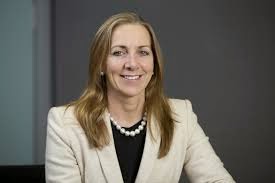 So Rona Fairhead is set to replace Chris Patten as chair of the BBC Trust.

Needless to say, plenty of people who know nothing about her are already scouring her biographical details and rushing to judgement rather than waiting to see how she gets on.

I've seen her denounced as a lefty for being associated with the 'left-wing' Financial Times, "a safe Tory" for having a husband who served as a Conservative councillor, a fully-paid-up member of the hive, "Oxbridge", a "parasite", "another bloody woman", a "sleazy" banker, "one of the most accomplished political brown-nosers of her generation", etc...

To help you think up some smears of your own here's a quick run-down of some of things we already know about her. Fire away!