Several recent stories raise this question. Are there circumstances in which self-examination is justifiably  kept ‘within the family’?

I wrote about this once before, with regard to an angst-ridden article on Harry’s Place by Marc Goldberg.  More recently he’s come up with another piece, which outlines his misgivings about what he sees as  the IDF’s gratuitously callous behaviour towards Palestinians.
I wrote, then:

“Fundamentally Goldberg is a staunch Zionist, but his criticisms of the Israeli government, albeit well-meant, are beginning to look a bit disloyal. No matter how affectionate and constructive a given criticism might be,  in a particular context it’s often wise to keep them ‘within the family’.
As far as Israel is concerned, all criticism is a potential gift to the enemy.   The argument in the b.t.l. comments on that thread seems to be whether or not Harry’s Place is enough of an ‘insider ‘- a family member - to bear what might be considered internal wrangling, by airing its dirty linen in public, without undermining  its delicate fundamentals; whether, as far as pro-Israel site Harry’s Place is concerned, Israel’s reputation can withstand continual bashing from one of its own.Problem is, if you criticise the critic, you’re damned as an unreasonable ‘Israel Firster’, and if you don’t the world just grabs the criticism and runs with it.”

That response to Marc Goldberg’s latest piece still applies, and the below the line comments take up the argument. Some commenters query Marc’s interpretation of events and the validity of his recollections. Sadly, they’ll all be gone soon, as Harry's Place deletes comments after a week.

The fact is, Marc offers some troubling examples of the IDF behaving badly.
The responses range from ‘No army in the world can guarantee 100% purity’ to (in the current climate of ant-Israel rhetoric and demonisation) ‘Israel can’t afford any deviations from the path of righteousness‘ ; the argument about airing one’s dirty linen in public goes on and on.
Of course, public displays of individuals’ crises of conscience will be seized upon by the opposition. As far as the Israel Palestine conflict is concerned we pro-Israel bloggers do our fair share of exploiting such opportunities whenever such a thing is handed to us.

Unfortunately though, such opportunities are few and far between, at least in comparison to the hand-wringing and breast beating that goes on amongst Israelis, which play to the powerful negative tropes that guarantee  applause from  outsiders.

You can lambaste a family member but woe betide an outsider who dares to do the same.
Criticism made with intimacy or affection, or if not that, at least with understanding, is quite different from that which comes from dispassionate or hostile sources.

The example Marc Goldberg used to illustrate questionable behaviour and provocation by an Israeli solder in his article was an unfortunate choice.
It has proved controversial for a number of reasons.
First, because the Palestinians in the film are part of a notorious family of activists and provocateurs, the Tamimi family. The girl shown biting the soldier is little Shirley Temper aka Ahed Tamimi, and the boy with the familiar  Tamimi scream is her brother Mohammed, who has been filmed sporting a plaster-cast either on the right or left arm.
The Tamimi family have been feted by pro-Palestinian activists and are about to embark on a European speaking tour with the encouragement of Amnesty International. 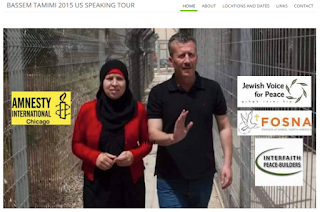 The British press have handled this tale with more caution than they would once have done. The Telegraph pulled it, after being tipped off that it was a ‘Pallywood Production’. The Guardian initially ignored it, then published what might pass for a nuanced piece, which was ultimately fiercely  pro-Palestinian and anti-Israel.

“In a conflict where young Palestinian stone-throwers are too often shot dead by Israeli soldiers, this was a confrontation that remained on the threshold of more serious violence.”

The Daily Mail initially fell for it, but later reversed their angle and ‘revealed’ the ‘truth’.

Whatever truths the incident exposed it makes no difference to those working against Israel.  If you want, you can donate to the “Tamimi Family Care Package’. They engineer these situations for effect, and your cash will boost their activities.
The media is an essential part of this pantomime.  That is another good reason for keeping your criticisms in the family.

Now there’s another subject which is bound to raise these questions yet again. Censored Voices, a film about self-doubt, crises of conscience and anguish from Israeli soldiers who fought in the the 1967 six-day war. The filmmaker took a particular angle, which was that the Israeli government had originally censored these damning statements by as much as 70%. This turns out not to have been the case at all, but it’s a long and convoluted tale, which is set out in full here.

The same complex arguments are also explored in the form of various responses.
One is by the eloquent Israeli journalist Matti Friedman, and his article includes some important passages:

“All of this raises a key question for Israeli public life as well as for individual Israeli writers and artists. Given the way any scrap of critical information is seized upon, shorn of context, and hammered into a weapon to be used against us, must we Israelis temper the harsh self-analysis that has always been a national point of pride?”

“My modest suggestion is that Israelis must become more aware of the dangerous tropes that are establishing themselves where their country is concerned, and avoid them to the extent possible. Although this may sound strange to friends of Israel abroad, many Israelis, including journalists and directors, don’t grasp the nature of the international discussion of their country, or the degree to which much of that discussion is unprecedented in its scale and hostility. Such ignorance might have been forgivable five or ten years ago, but it isn’t any longer. Playing ball with the “moral striptease” genre is hard to resist—because of the international interest that comes with it, and because it saves you the trouble of actually creating stories and characters with compelling universal appeal. But it should be resisted nonetheless. Self-flagellation, if performed at the behest of someone else, with money from somewhere else, is no longer just self-flagellation, and there is nothing honorable about it.”

Despite the fact that the Pallywood film has ‘gone viral’, or at the very least created a lot of media interest, as far as I can see the BBC has stayed away from the story. The only sign it’s out there is in the “Elsewhere on the Web” category. It’s probably a subject that the BBC thinks is too hot to handle, and in many ways it’s probably just as well.

The fact is that when these Friday rituals occur - Palestinians protesting against the occupation and the Israelis almost obediently ‘reacting’, the whole shebang is accompanied by photographers. In a way, it’s just as much the media's creation as anyone else’s.

The media has such a lot to answer for with regard to the demonisation of Israel, the misrepresentation of the history of the conflict and the pro-Palestinian bias which fuels the Palestinians’ sense of grievance, which can do nothing but prolong the misery on both sides.

The current Israel/Palestine situation is unique. Pleading for less reporting on certain unfortunate incidents rather than the obsessive focus on them that we’re more accustomed to is one case where the epithet “You’re not helping’ might justifiably be thrown back at the BBC.