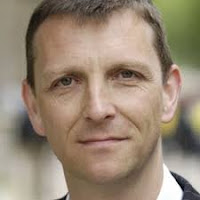 I had to smile at BBC home editor Mark Easton's latest blogpost, Have we changed our mind about asylum?

Our conscience has been pricked, our hearts have been softened. The tragic image of little Alan Kurdi lying dead on Europe's shoreline has, we are told, awakened Britain's generous nature.

But I'm afraid I don't believe it.

You'll have noted the "I'm afraid" bit there, revealing his own bias.

Why doesn't he believe it? Has he read the opinion polls showing what most people really think (as you would expect from a well-informed BBC home editor)? Well, if he has then he's not letting on! Instead he clearly wants us to believe that his own thought processes  have led him to that profound realisation:

I just don't think public opinion shifts like that.

We were either more welcoming of refugees than suggested before the shocking photograph from a Bodrum beach last week, or we remain profoundly sceptical of the motives of many asylum seekers, and nervous of what might follow if we open our doors now.

I suspect it is the latter.

Well, yes. As the polls show.

He goes on to argue that the public doesn't understand the issue, massively overestimating the proportion of immigrants that are asylum seekers, and that we have a false impression of what a typical asylum seeker looks like:

We have been taught to think of swarming migrants threatening our borders and our way of life. This small boy, in his red T-shirt and with tiny shoes lying face down in the waves, was the very opposite.

"We have been taught to think", have we? How very stupid of us!

He concludes, in the same vein:

The focus of the recent political and media debate has led many people in Britain to conclude that the country is being taken for a ride, that we are a "soft touch" and being exploited by foreigners. That is no less true of those who have trekked across continents from war zones.

The appalling picture of Alan may have pricked our conscience, but I doubt it has changed our mind.

The most striking thing about Mark Easton's article is the comments thread below it.

All of the highest-rated comments reflect what the opinion polls are saying and many of them slate the BBC in particular for its reporting. (And this is happening across other BBC comments threads too.)

Here's a sample from the top ten comments, beginning with the highest-rated comment:

There's something else about Mark Easton's article that struck me: why is he calling Aylan Kurdi 'Alan'?

A search of Google News shows that the vast majority of media outlets are calling the poor child 'Aylan'. The rare exceptions appear to be some of the Canadian media and the BBC.

The BBC, in fact, seems (as is its way) to have chosen to make 'Alan' its official spelling of Aylan's name: What's going on here? Does the BBC know something the rest of the media doesn't?
Posted by Craig at 20:17