Lyse Doucet: "Where are you from?"


Just following on from Sue's post, here's a transcription of what Lyse Doucet said on this morning's Today: 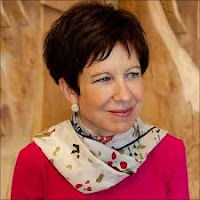 Sarah Montague: So what is the answer? How should EU countries respond to migrants? Surely that must depend on whether they are refugees needing asylum or economic migrants just looking for a better life. The European Union's official statistics agency says that of the 213,000 people who arrived in the three months to June, only a fifth of them (that's 44,000) were from Syria. Our chief international correspondent Lyse Doucet is only the border between Serbia and Croatia and joins us from there now. And Lyse, can you tell us about the people you have come across in your travels there?

Lyse Doucet: Well, it's interesting Sarah that you use the figures for June - that is before this crisis reached an unprecedented peak over the summer. And what we're seeing is that this is changing literally by the day across the region. It is still predominantly Syrian, but more and more we're seeing people coming from all parts of the world - from war-torn Afghanistan, from war-torn Iraq, from Pakistan, which is failing its people in many ways in some parts of the country, people from Somalia...but also people from West Africa - from Nigeria, from Ghana - and this is starting to create some tension because people are asking, "What is this? It is a humanitarian wave of people seeking refuge from war in Syria or is it an opportunity for people from many places to try to seek a better life?" And sadly the world doesn't divide into neat categories - refugees versus economic migrants. And just watching the scene around midnight yesterday at the Serbian-Croatian border a huge crush of people to get on to one of many buses, but not enough buses and a Syrian standing by vented his anger to me:

Migrant: "You know something. There is a lot of people from Pakistan and Afghanistan. They say they are Syrian, but they aren't. They have fake IDs."
Lyse Doucet: "Are the Syrian people getting angry? Are the Syrian people getting angry because there's so many people coming now, you may not get a space?"
Migrant: "Yes, they are getting angry, angry at the Pakistani and the Indian people and the Afghanistan people".
Lyse Doucet: "Afghanistan is a country at war."
Migrant: "Yes, we know that. But it's not the war we're talking about like in Syria. You know, in Syria there is a big war."

Sarah Montague: And Lyse that question...When you ask that question, "Where are you from?" is it invariably the answer "Syria"?

Lyse Doucet: That is the question. You could describe this whole mass movement as being, "Where are you from?" Yes, day in day out when you ask people, as you speak to people, "Where are you from?", we think predominantly...this is what the United Nations says as well...people are from Syria. But you mentioned the word "chance" in your introduction. This is a game of chance. It's like one big lottery. People finally realise that at last Europe is opening up its doors, giving refuge to so many people in Syria who do need refuge. It is the war of our time. But as this goes on more and more Syrians are coming through. Within the last two weeks I've noticed Syrians coming from relatively safe parts of Damascus - even though no part of Syria is untouched by war. Wealthier Syrians. I've seen Syrians coming from Dubai, from Cyprus, Syrians working in Turkey and I think, "Why are you coming to Europe?" And they say, "Well, I want a better life". When you ask the United Nations they say, "Well, everyone in Syria is someone who's fleeing war", but the great tragedy in this tragedy would be that the people who need it the most...when you travel through Syria and you see people who are absolutely destitute and fearing for their lives, in the camps across Syria or the refugee camps in the neighbouring states, these are people who we should be opening our hearts and homes too, but in the race to the front there's always the risk that those without the means or without the ability to move in this way will get lost again.

That was characteristically interesting stuff from Lyse Doucet, showing that she at least is thinking about such questions and asking others (even if Today itself was probably jolted - or 'forced' - into discussing the subject of how many of those "Syrian refugees" really are Syrian refugees by those widely-reported Eurostat figures).

Strangely though, she stuck to the belief that the present influx "is still predominantly Syrian" - despite those Eurostat's figures which appear to disprove that. I found that puzzling.

Still, as Sue says, it's progress that the BBC is now starting to discuss something that very few BBC reporters have previously touched and all credit to Lyse Doucet for glimpsing the light.
Posted by Craig at 10:27