Singing from the same hymn-sheet on the migrant crisis 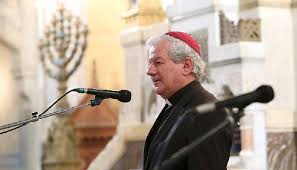 The more closely you monitor a particular BBC programme the more patterns of bias you see (if there are any) - patterns that others might miss.

Having monitored Radio 4's Sunday for several years now, it didn't surprise me that the programme turned straight to Frank Field MP to discuss the victory of Jeremy Corbyn. Mr Field is the programme's most regular politician guest.

Nor did it surprise me that when they reported on a 'sustainable development' conference another Sunday regular Martin Palmer of Alliance of Religions and Conservation (ARC) duly appeared. Nor did it then surprise me when it turned out that he was an organiser of the conference.

Now I happen to like both Frank Field and Martin Palmer (and would highly recommend Mr Field's interview with William Crawley to you), but that's hardly the point.

What is the point though? Er...well, that Sunday is prone to having 'go to' guests.

Another one appears to be Dr Sara Silvestri of City University London, who was also on today's edition. She was on with Professor Emeritus Grace Davie of Exeter University to discuss the remarks of Hungarian Catholic bishop Laszlo Kiss-Rigo who believes the vast numbers of people entering Europe pose a serious threat to the continent's Christian values.

And this is where the serious bias kicks in...

From the programme's website ("William speaks to the Catholic Bishop Laszlo Kiss-Rigo...") I was rather expecting a full interview with the bishop; instead we got just 43-seconds' worth from him before William discussed his remarks with his two academic guests.

We are very grateful to the Pope for inviting everyone to do his best in this respect and we are doing ourselves what we can. Everyone should do that. That's one thing. I was talking about the other side of the problem and this is what I call "cultural invasion". And, of course, those who want European society to lose its identity are free to do that. I'm sure it leads to self-destruction of these societies, but this is a cultural invasion. There are many societies in Europe, in many countries, where people still think that the identity of their society in Christian, founded on Christian values and Christian traditions.

"Is he right?", asked William (framing his remarks in the language of the bishop "appearing" to believe and "claiming that...")

Now, you would have expected (if you didn't know better by now) that in the following discussion one guest would support the bishop and the other would disagree with the bishop, and that the discussion would then proceed from there.

However, on this kind of subject balance doesn't seem to be in the BBC's DNA.

I will simply quote from the opening contributions of each guest:

Sara Silvestri: I disagree with him because many of the people who are fleeing Syria are actually Christians who are being persecuted. Also people fleeing Iraq tend to be Christian. And a number of those appearing on the borders of Europe are actually Christians, or Muslims with a secular outlook. So I disagree with that point. Secondly, I don't think this is a challenge, even if there were many non-Christians arriving at the doors of Europe. It wouldn't be a challenge against the Christian roots of Europe but rather a test for Christians and people of goodwill to live up to their values and welcoming the stranger and the marginalised is central to Christian theology.

Grace Davie: We all agree that there is a strong Christian root in European culture. The thing to grasp is that this can be differently appropriated in the 21st Century. It can be a particularist turn and that can be a little bit excluding and exclusive - and I think that's what we are hearing from Bishop Laszlo Kiss-Rigo. But, of course, it can also be much more generous and universalist in a hospitable and compassionate gospel imperative....I don't think [the Hungarian position] is in any way justifiable and I agree with Sara that it is an opportunity for Christians to show compassion, as indeed have many Hungarian Catholics and Protestants.

In other words, they were both saying exactly the same thing.

Both were there to dismiss these fears of cultural invasion, especially invasion by Muslims, and to advance the alternative, multicultural point of view (which they both did, with a little help from William Crawley).

That was about as typical a BBC Radio 4 Sunday discussion on the migrant crisis as you could ever hope (or dread) to hear: both guests singing from the same Sunday hymn-sheet on a highly contentious issue.

The Sunday sermon was duly delivered.
Posted by Craig at 15:05