The Times has had a hand in elevating her upwards and onwards, beyond journalism, to celebrity-hood in her own right.  It’s that Emma Thompson-Cumberbatch Benedict syndrome.
I suppose if you’re revered by thousands, why not take advantage? Why not email a few friends (a term that can be interpreted in a way of your choice) and get them to collaborate with you to raise money for “the refugees”. Everyone’s a winner. 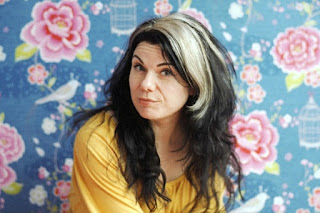 Fair enough. Apparently the money raised is to go the Save the Children. What they intend to do with it I know not.
Just as long as the charities that benefit from all the fundraising confine themselves to helping orphaned children, who may willingly assimilate and absorb their host countries’ culture, which whole families or unaccompanied young men are unlikely to do.

In an interview with Anita McVeigh on BBC News 24, (thanks for the publicity?) Moran, with those annoying arched eyebrows, speed-talked her project up with all the ‘mandatory emoting‘ one would expect.
In the interview, she stated confidently that little Aylan Kurdi’s family fled from persecution, and he ended up dead.
It is widely believed that the father’s account is flawed, but even so, the child undoubtedly died, and the politicians of the big wide world must urgently come up with some kind of rescue plan for dealing with the exodus of families displaced by wars.As Douglas Murray says “Where is the ‘Ummah’ now?”

But that’s not the point. It’s that failure to fully inform the viewer again. I don’t know if Moran and Cumberbatch are Corbynistas, but there are too many people amongst those pleading for more and more Syrians to be given sanctuary in the UK and Europe who seem unaware of the effect that an influx of thousands of Muslims will have on the western world.

At least let them know.

Melanie Phillips had a full page opinion piece in yesterday’s Times. (£)
I have yet to see this view being explored  - sympathetically at least - on the BBC. I don’t claim to watch the BBC as much as I used to. Please let me know if I’m mistaken.
Accepting these migrants is a huge mistake

Britain can’t be expected to take in a flood of displaced people that will alter the cultural balance of the country for ever.In Germany, posters saying “Refugees welcome” and “Nobody is illegal” have been appearing at bus stops and demonstrations. At a rally in Oxford last weekend, demonstrators held up home-made placards saying “We welcome refugees (given the chance)” and “We are all human”.These people are merely telling us about themselves. Public expressions of compassion signify that a person is good. Their absence demonstrates heartlessness. This has been called “virtue signalling”, or mandatory emoting, and it has now reached its crazy apotheosis in the great migration crisis.”

“Islamic Sharia law is advancing rapidly throughout Germany, with Sharia courts now operating in all of Germany's big cities. This "parallel justice system" is undermining the rule of law in Germany, experts warn, but government officials are "powerless" to do anything about it. At the same time, German judges are increasingly referring and deferring to Sharia law in German law courts.”

I’ve no idea what Caitlin Moran would have to say about any of that. We don’t know because it’s something she hasn’t written about. It’s something she might not even know about. Or care.
The tidal wave of compassion for migrants is accompanied by a troubling absence of appreciation for the achievements and sacrifices of previous generations, fought on our behalf at enormous cost. The cavalier willingness of the politically illiterate and those raised on celebrity culture to throw it all away is what is really shocking.
Posted by sue at 20:05