There is an unfortunate trend towards citing Kindertransport to justify this country taking in more refugees.
It goes without saying that there are so many differences in circumstances between parents trying desperately to save their children from Hitler’s final solution and families fleeing from Islamic-fueled turmoil or ‘looking for better lives’,  but if we simply see them all as people in dire need of rescue or sanctuary we should also be able to discuss what is actually meant by ‘taking in”.

Does it mean housing, feeding families and perhaps employing them? For how long? Does it include any conditions, like willingness to assimilate, for example?

Taking in ten thousand children between 1938 and 1940 whose parents were destined for the death camps and assigning them to volunteer host families is one thing, but Yvette Cooper’s suggestion, asking cash-strapped councils to provide for ten thousand families (who might not be entirely supportive of the British way of life) is another. 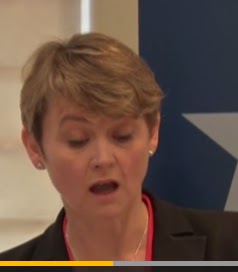 We should devise a plan tout de suite. Perhaps shelter them temporarily until all the international, wealthy, stable countries co-operate to create safe places in or near the refugees’  countries of origin. Or something.
Surely we cannot let the ’dead baby photo’ propaganda dictate knee-jerk foreign policy.

The previous Labour government’s open door immigration / multicultural / diversity policies have really cooked their goose as far as (the majority of) the public’s attitude to Muslim immigration is concerned, with the exception of the BBC and the Metropolitan Bubble we hear a lot about.

Look at our friend Abdul Muhid. He’s from London, believe it or not. Him and his beard want their passport back. Give it back! Some in - some out. 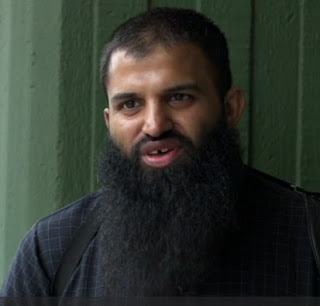