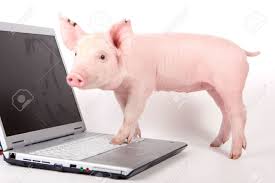 One of the questions Samira Ahmed put to Steve Hewlett of The Media Show ran as follows:

The disconnect between the bizarre allegations in the Cameron-Ashcroft story, they're everywhere throughout social media and not on traditional broadcasters. Is that inevitable now, we're going to see more of this kind of gap between what social media's doing? Or are broadcasters going to have to re-think how they cover these stories because, in other words, you're missing part of the story because of the scale of the discussion out there?

The power of social media to influence events is becoming ever more apparent - especially the fast-moving forms of social media, such as Twitter and Facebook.

Whether, politically-speaking, Twitter and Facebook are massively amplifying the influence of a small number of people, the 1% (of politically extremely engaged leftists) at the expense of the 99% (the rest of us) is a point that certainly needs looking at. [Of course, they may account for a bit more that 1%, but probably not that much].

This group can, it seems, shame celebrities, journalists and politicians at will; influence politicians; whip up petitions containing tens of thousands of names at the drop of a hat; organise marches and other such outdoor protests: build an unstoppable momentum for certain politicians (such as Jeremy Corbyn); and, generally, give the impression that their views are far more typical of public opinion in general that they in fact are.

The endless #weloveEdMiliband-type hashtags that kept 'trending' in such huge numbers before the general election, usually in parallel to sundry #sackCameron-type hashtags, vastly outnumbered all the counter-hashtags from the other side. Those tweeting them must have believed they were speaking for a larger part of the nation then they in fact were - thus their sense of bitter astonishment at seeing the election go so heavily against them.

Something similar happened with the Scottish independence referendum. Twitter wasn't just dominated by pro-independence tweeters but pretty much taken over by them (at least as regards tweets about politics - and BBC bias! - from the UK). Were I to hazard a wildly speculative and completely spurious yet accurate-sounding statistic, I'd say that the 'cybernats' outnumbered the anti-independence folk on Twitter by a margin of 11:1 (not 10:1 or 12:1!). And yet they lost by a margin close to 11%. They were massively over-represented on Twitter.

The Corbynistas are only the latest crowd on Twitter to become overlords of Twitterland  (and many of them seem to overlap with those pre-election and pro-independence tweeters), thus assuming themselves to speak for a much large section of the nation than they do. They have been out again in force over recent days endlessly berating the BBC for 'bias' over the corporation's "censorship" of the #piggate story.

As many at the BBC seem to think along similar lines to some of the above (if their collective tweets are anything to go by), so the 'BBC bubble' and the 'Twitter bubble' may overlap from time to time, especially on certain subjects, so the BBC will have to be extra careful not to get sucked into seeing what's said on Twitter as speaking for anyone other than people who tweet en masse about politics.

(The 'BBC bubble' doesn't seem, however, to coincide with the ''the BBC is biased' blogosphere bubble' very often for some reason!)
Posted by Craig at 12:56