Please think of the children

Watching BBC News, it's becoming very hard to resist the feeling that something must be done to help the refugees fleeing from Syria into Europe - and tonight's BBC News at Six piled the pressure on us in the UK to do a lot more to help.

The programme used the following graphic as its backdrop to illustrate the crisis: 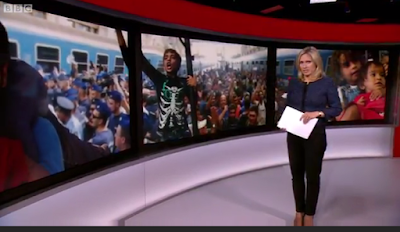 Given that it spotlighted a young boy and two very young girls, it was very hard not to focus on the children.

That focus was obviously deliberate, and it continued...

The first report from Damian Grammaticas ended with this image: 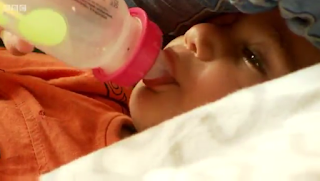 And the second from Jenny Hill contained this image...

...before ending with this image: 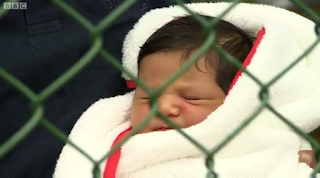 The point from the BBC could hardly be clearer: Please think of the children.

And think of the children I duly did.
Posted by Craig at 19:53