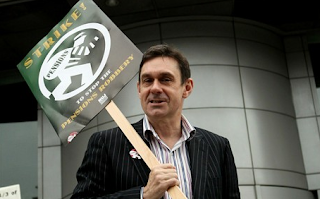 Well, at least the BBC can't be accused of not covering or suppressing discussion of that pro-EU march yesterday.


Phil Atherton: screenshot of the ‘top stories’ on my BBC News App at 8am. Did the march happen?
Rob Burley, BBC: Yes, it happened yesterday and was lead story all day. What is the new aspect of the march that should be in the news today? Of course it will be discussed but that’s not the same as a new development.
Paul Mason, ex-BBC: Why is Barbara Streisand more important than the political aftermath of the biggest demo in living memory? It's the BBC's flawed and opaque editorial judgement that deems mass peaceful protest of only fleeting significance. If a Royal died would you take that off p1 the next day?
Rob Burley: The aftermath of the march features prominently in the TOP STORY on the site today about the position of the Prime Minister. It just doesn’t have a story of its own because, unlike the Streisand story which has changed, the march finished yesterday and has still finished.


Rob Burley: Here’s the BBC apparently trying to suppress discussion of the march yesterday (which led all day) by including it in the top story this morning. Honestly, the desire to take offence and find fault without even checking what we are doing is exhausting. 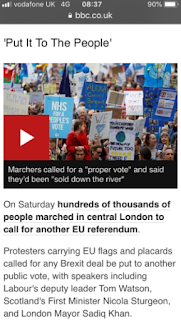