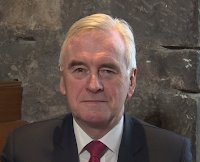 Andrew Marr: Let me ask you about one other thing that happened this week. The Equality and Human Rights Commission announced that it was thinking of investigating the Labour Party into antisemitism. Would you welcome that investigation?

John McDonnell: Yes, and let's get on with it now because I think we...One, I'm hoping we'll get a clean bill of health about how we're handling things. If there's issues that the EHRC can advise us on I welcome that, because I want us to be a shining example of how you tackle issues like antisemitism both within your own party but also in wider society. So let's get on with that now. and let's get it done. Because we will learn lessons from it, and I hope other political parties as well, how they deal with the racism that they've experienced in their own parties, learns from this too.

Andrew Marr: John McDonnell, thanks very much for talking to us this morning. 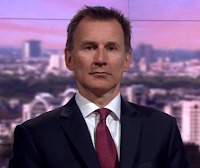 Andrew Marr: I asked John McDonnell just now about antisemitism in the Labour Party. Does the Conservative Party have a zero tolerance attitude to Islamophobia?

Jeremy Hunt: We do, and we have a zero tolerance policy to all racial prejudice. And that is demonstrated by the fact we have suspended the membership of 14 people for posts that they put on Facebook.

Andrew Marr: But you've got a councillor, Mick Murphy, who compared Muslim children to rubbish bags, and he was suspended and then he was allowed back into the party. And there's lots more examples like that. What is really going on?

Jeremy Hunt: We act quickly and decisively. I don't know the details of that individual case, but there is a very big difference between us and the Labour Party, and that is that in the Labour Party's case, the problem goes right to the very top because Jeremy Corbyn thinks that the foundation of Israel was a crime and that is why he's unable to distinguish between antisemitism and Israeli foreign policy. When it comes to Islamophobia, I don't pretend that we don't have...

Andrew Marr: (interrupting) You've got some very,very  extreme views inside the party, Baroness Warsi, who is one of yours, a leading Muslim Conservative, says there is institutional Islamophobia inside the Conservative Party.

Jeremy Hunt: Well, I have a lot of respect for Sayeeda Warsi. She's been a lifelong campaigner against racism . We're engaging with her. We're not going to close our ears to what she says. But as I say, we are determined to do something but in the case of the Labour Party, I'm afraid because of Jeremy Corbyn's views on foreign policy, the problem goes right to the top.

Incidentally, the very wicked Mr. Murphy (whose ears must have been burning) got into trouble after sharing a couple of jokes.

He should have known better because if there's one thing we know for certain these days it's that jokes aren't a laughing matter.

They could lead to your name being blackened on The Andrew Marr Show: 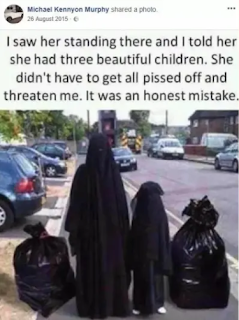 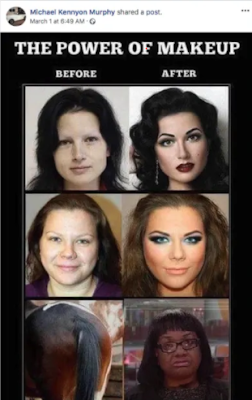