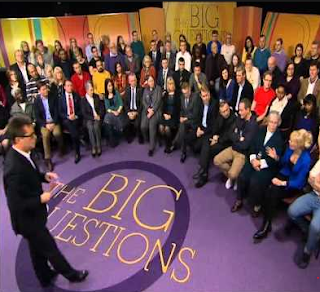 The goings-on behind the scenes at the BBC are often fascinating. Here's another glimpse, courtesy of feminist writer and broadcaster Sonia Poulton, who is 'GC' ('gender critical') - i.e. she's critical of transgender activists:


Sonia Poulton: Just been dropped from the BBC's Big Questions tomorrow. Booked to talk about intolerance & how 'hate' is used to silence people. Now I'm silenced. Producer 'didn't know why' but I told her. BBC remove gender critical voices from debate upon request. My court tweets worked against me.I had already told the researcher that this would happen and she confirmed that 'Yes the BBC do remove GC voices if other guest refuses to appear with them'. I say remove the other guest not the one who is willing to talk.
FairPlayForWomen: This is a clear breach of BBC Editors standards. "refusal to make a contribution should not be allowed to act as a veto on the appearance of other contributors holding different views" (https://www.bbc.co.uk/editorialguidelines/guidelines/fairness/refusals-to-take-part) …
Sonia Poulton: Producer said 'we don't have time to have you on now'. I said 'nonsense, I knew this would happen after my tweets'. She said she didn't know if that was why the editor decided to cut me. I do - as I had it confirmed by the researcher that BBC knowingly do this. I was ready for it.
DiversityandEquality: Subject access request maybe an FOI? [Ed - lol! The reply is inevitable: "the information requested falls outside of the scope of the Act because it is held for the purposes of ‘journalism, art or literature".]
Sarah Ditum: Rachel McKinnon refused to do live radio with me last week when we were discussion trans inclusion in sport on Radio 4's PM, was given a pre-record instead. Even that is remarkably indulgent.
Sonia Poulton: I know and yes it was. BBC need to sort out their position because they are breaking their own code on this.
Angela Oliver: I don’t know how true this is, but I have it on good word that the BBC employ a much higher percentage of trans than other organisations. Maybe that’s where the answer lies.
Sonia Poulton:

Angela Oliver: There we have it.

Michelle Burns: Who was the 'other guest'? Too right that they should be the one to be dropped,
Sonia Poulton: They're not saying a specific guest but that there was no time to have me on. But they do remove guests, that's confirmed. They said they did not want me to travel without being able to speak! Yet before my court tweets, it was full on. Even sent through hotel and travel details.
Katarina Hill: That's outrageous. I'm so sorry this has happened to you. 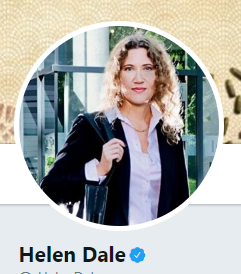 
Yep, happened to me as well - same reason (people who wouldn’t want to appear with me), but different issue.

I was at least honestly informed of the issue & didn’t have to go fishing for it.

I didn’t want to go public with this - which is why when I found out yesterday (I was called mid-morning just as I was catching a train to London & all my tix & accom had been booked) I made an excuse & said ‘something has come up’. Well yes, something did come up, but not at my end. Apologies to Ben Cobley, Jake Johnstone, Sophia Kyriacou and Suzanne Evans - all of whom were keen to watch me on Big Questions.

And to those people who think it’s super cool to bounce other panellists by refusing to appear beside them, may I suggest that if you’re unwilling to enter the marketplace of ideas, you probably have no ideas.

Note: my no-platforming was not over the trans issue. It was a different bunch of no-platformers annoyed about me for a different reason. I’m not sure I wish to share the issue right now as I have real sympathy for members of this group although here I think they have behaved badly.

I must admit I'm heavily tempted to watch tomorrow's The Big Questions to try and spot the two people granted a spot by the BBC who then refused to appear with Sonia Poulton and Helen Dale and, thus, got the BBC to disinvite them.

Seriously, why is the BBC allowing this to happen? Why aren't they telling the refusers to sling their hooks?

As the post title suggests, it's probably a 'who trumps who' social-justice-wise thing at the pious, pigeon-hearted, impeccably 'woke' (except for John Sweeney!) BBC.


Update (Sunday): Well, the Sonia Poulton story is now in the Mail on Sunday:

The paper quotes the BBC's response:


We talk to lots of people about potentially appearing on the programme but guest line-ups often change, and on this occasion we had too many guests.

It's not true that any guest was dropped because of their opinions on trans issues and the programme will hear a variety of diverse and differing voices and opinions.