Tracking of an Eagle

TrueToo, over at Biased BBC, has just posted a short YouTube video of an edited BBC interview with Shamima Begum, commenting:

This Shamama Begum creature had a tough interview. Dunno who did the interview – perhaps someone here recognizes the guy.

Can this interview really be from BBC news? If so, they must have fired the guy ten seconds later.

The BBC reporter in question is Quentin Sommerville, who's been the BBC's main man as far as this story goes.

I've followed him on Twitter for some time. His views on most subjects are, as is so often the case. 'very BBC', and I was (eventually) highly sceptical about his Big Scoop of 2017. But he's still a brave reporter and goes to places very few of his BBC colleagues now dare to tread, and he has even been known to voice an occasional non-BBC opinion. 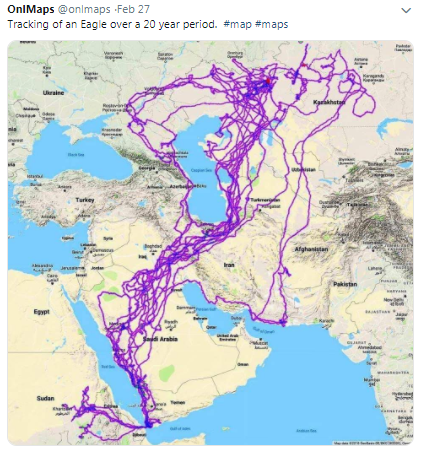