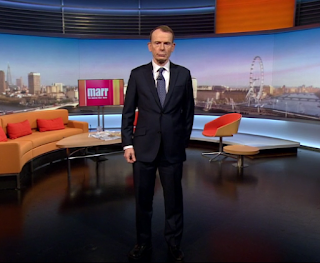 So another week and what has really changed? Theresa May offers a route to delay Brexit but without explaining quite why or what it's for. Jeremy Corbyn comes out for another referendum, even though he knows there probably aren't the votes for it. The Tory Brexit hardliners are beginning to crumble but in what is supposed to be the month we leave, we are in for a very wild week at Westminster. But of course even after we've left, there are still really difficult trade talks ahead, many think harder than what we've experienced so far. So what next? I'm joined by Liam Fox, International Trade Secretary. And as Tony Blair, the former Prime Minister, sees Theresa May perhaps getting her deal through, he is warning Labour MPs don't do it. He joins me for his first interview since 11 MPs broke away from their parties to form The Independent Group. I'll be speaking also to somebody who hasn't broken away, far from it, the Labour frontbencher Rebecca Long-Bailey, about what Labour voters will make of Jeremy Corbyn's call for another referendum.

As you'll guess, I picked up on the use of the word "hardliners" there.

And talking of terms, here's a short exchange from the paper review:

Andrew Marr: Let's finish with another American taking off, in a different form. Elon Musk  has headed into space,  the first private space launch.
Julia Hartley-Brewer: It is incredibly exciting. I mean, you know, Remoaners think we're not even going to be able to travel across the Channel...
Andrew Marr: (interrupting) Don't say 'Remoaners'! Or...
Julia Hartley-Brewer: I do. I choose my own words!

Now, I suspect Andrew was going to go on and say something like "...or there'll be an almighty Twitter storm about it", given that he was on the receiving end of such a storm after using the term himself a year or so back, but I did think it interesting that he used the h-word earlier, without any apparent compunction.
Posted by Craig at 12:22