I don't know whether you saw BBC Germany correspondent Jenny's Hill reporting of the applause that greeted migrants as they arrived in Munich. I missed it at the time, but here it is on YouTube:

The joyous tone of her reporting is one thing, but her - twice - joining the German crowd and shouting "Welcome to Germany!" herself is something else.

If you're watching closely you'll notice that the overwhelming majority of them (by the looks of it getting on for 90%) are young men.

The BBC crew does zoom in  though for a couple of close-ups: 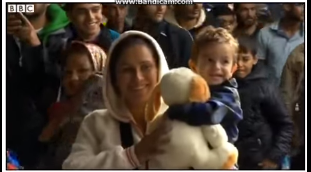 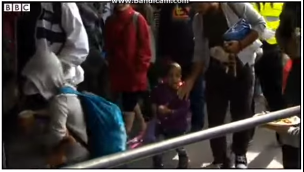