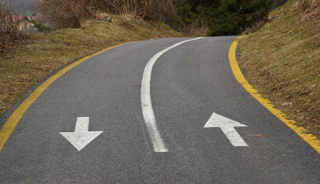 This morning's Sunday on Radio 4 closed with a discussion about the Government's Green Paper on integration.

It featured Professor Ted Cantle of the Community Cohesion Foundation and Miqdaad Versi of the Muslim Council of Britain.

Mr. Versi broadly welcomed the Green Paper but was concerned about its "inappropriate" focus on the Pakistani and Bangladeshi communities (particularly over poor English language skills).

This (particularly thanks to presenter William Crawley maintaining that focus) became the main talking point of the whole discussion.

Professor Cantle agreed with Mr. Versi about the inappropriateness of singling out the Pakistani and Bangladeshi communities, calling the media's focus on 'Muslim communities' "very unfortunate".

They both agreed that integration should focus on "all communities" and be "a two-way street".

William Crawley also invited Miqdaad Versi to discuss "Sharia courts", saying there has been "a lot of press coverage of that section of the report this week".

Mr. Versi liked what the Green Paper says about them.

A comment I saw elsewhere sums up my view of this discussion: "If only BBC Radio 4 Sunday had asked some more testing questions (ie proper journalistic questions) rather than a series of invitations to be politically correct".
Posted by Craig at 13:09