The news tonight that the Trump administration is stopping funding for UNRWA, the UN agency which gives aid to alleged Palestinian refugees, is being covered by both the BBC and ITV news websites.

Immediately below their respective headlines is a chosen stock image and a caption.

They differ quite strikingly.

ITV's chosen image shows confrontational Palestinians accompanied by the caption "The Gaza Strip border with Israel during a protest": 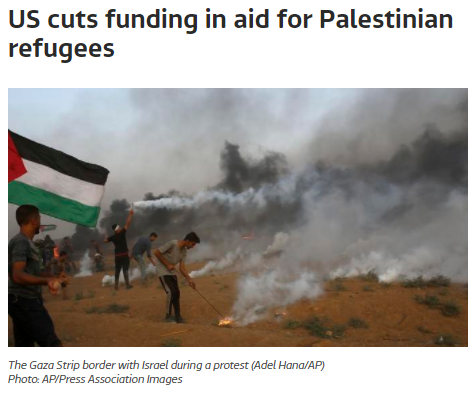 The BBC's chosen image, in contrast, is a classroom of young children (mostly girls) with the loaded caption "Unrwa provides critical services, including education and health care": 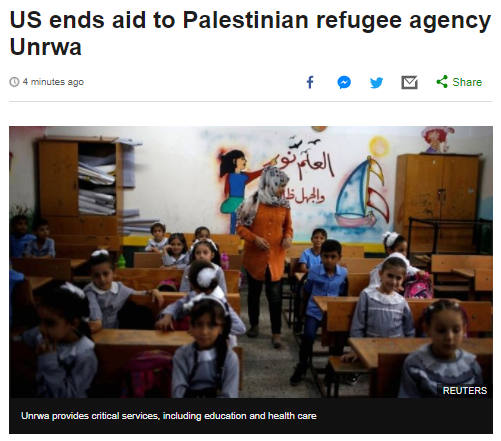 How isn't that manipulative reporting from the BBC?
Posted by Craig at 22:27