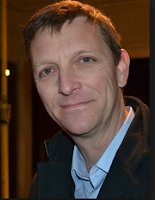 If you were listening to Radio 4's Today yesterday you might have heard an hourly report by Mark Easton on the latest press release from the Trussell Trust, Britain's largest food bank provider, on 'holiday hunger' among school children, plus - if you were up early enough - an interview with Mark Easton on the same subject during which Mark stressed the "growing seriousness" of the problem and the "real concern" over it:

It's estimated that the additional cost per week per child for a family is somewhere between £30 and £40, so you can see that a family perhaps with, you know, 2-3 children this is a very, very significant extra cost and there is real concern that that in those circumstances families cannot cope...

In his hourly news report he said much the same:

Around one and a half million children are eligible for free school meals in the UK but outside term time struggling families must find an additional £30-40 a week to feed each child. Many resort to food banks.

Ed Wilson: £30-40 per week to feed a single child? On the same stuff as the rest of the family is eating? Really?
ЭrþlySky: £30-40?!? What are they feeding the kids? We eat very well at home and it’s nothing like that number. And how many meals am I adding - only lunch and I’m not paying the school to do it. So on balance it’s costing nothing more. Or am I missing the point?
Ed Wilson: We're definitely missing something. These are children on free school meals, so it is additional cost, but £30-40 per week per child, with not even a marginal reduction for each extra child, is hard to believe.

This prompted a reply from Mark Easton himself:

Mark Easton: Trussell Trust says £30-40 extra for one child but I've checked their original source https://www.northumbria.ac.uk/about-us/news-events/news/2017/03/inquiry-into-why-children-are-going-hungry/ … and it should be for a family of four.  My report has been amended. Thank you for alerting.

That makes more sense. Thanks.

It was good of Mark to commit to correcting his report and to thank the folk on social media who, as Ed Wilson himself put it later, had employed "the sanity of crowds" and ЭrþlySky duly added:


Thanks for checking. It’s important to present accurate findings when dealing with something so important & emotive as child food poverty. The issue matters, so credibility is really important. Trussell Trust should be challenged on this. Too much no nonsense is put out.

But then the doubts set in as, on reflection, it began striking people that this reporting error on Mark's part could be revealing of something rather more troubling.


Jen: And yet they continue to broadcast the same report without correcting!
ЭrþlySky: This is the essence of #FakeNews. Once mistruth is out there it takes on a life & legitimacy of its own. ‘But the BBC said’ or ‘I heard on the radio’ ‘a charity reported’ and complete nonsense becomes a ‘fact’. The question to ask is why don’t journalists check first? I wonder whether journalists who already have a certain political leaning lose the critically reflective insight to intuitively spot when the ‘facts’ are dubious. And people wonder why listener numbers are dropping!

And others were now thinking the same thing:

Proper Democrat: My point was directed at a professional journalist, urging him to be highly sceptical of every "fact". Unless journalists do this (and stop being willingly complicit, in many cases, in parroting "facts" which chime with their personal opinions) then we all are in big trouble.
Ed Wilson: I agree. The sanity check or sniff test should have made that number look silly.
scratchal: It seems these so called reporters don't have any common sense and feel they can say what they want with zero consequences.  They have one job, report the actual news correctly. This alone affects the credibility of the majority of announcements based on 'data'.

And yet others waxed sarcastic at Mark's expense:

Iconoclast: To be clear you actually believe it costs £40 per week to give an average child lunch?
Ross Grant: Unquestionably it seems. Maybe that’s pasta with truffles on in Islington.

Was Mark Easton engaged in churnalism here, so to speak 'copying and pasting' a Trussell Trust press release without properly checking - i.e. without verifying its statistics?

And was Mark Easton blinded to the obvious faultiness of the statistic he was using simply because it chimed with his personal political leanings?
Posted by Craig at 15:12