Evan Through the Looking Glass 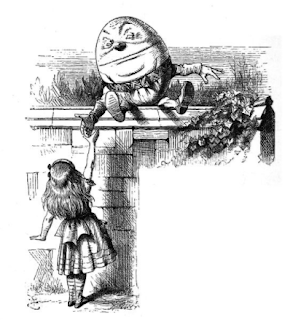 Our very own Rod Liddle's latest Spectator piece is headlined Jeremy Corbyn is either deeply sinister – or a total idiot.

(Spoiler alert: He concludes this isn't an either/or situation).

Rod ends with a spot of BBC-bashing:

Oh — and the BBC. Nice of you, auntie, to cover the story of the wreath-laying two days later than everyone else did. I have a screen shot of BBC News online on the day the papers were carrying the Corbyn story. As both Guido Fawkes and later the Daily Mail pointed out, there were no fewer than six stories about Boris Johnson making a joke about letterboxes and none at all about Jezza. Get rid of the licence fee, now. The level of bias has become absurd.

Rod is, of course, right. That's precisely how the BBC behaved - as we've recently been outlining.

Ah yes, far-left Labour MP Chris Williamson suffered a car-crash interview with Evan Davis on Newsnight and then, ludicrously, lashed out at the hand that had least fed the story - the BBC -accusing them of "playing into the hands of the enemies of Jeremy Corbyn" over the story.

Passing beyond Wonderland and through the Looking Glass, can you guess what happened next? Well, the far-left dutifully went on the attack against Newsnight. The far-left site Evolve Politics, for example, 'reported':

The BBC’s flagship political show, Newsnight, has been widely ridiculed for dedicating almost the entire first half of their Tuesday night programme to a four-year-old story about Jeremy Corbyn laying a wreath, whilst simultaneously allotting just over 3 minutes of reporting to a major terrorist attack which occurred in London yesterday morning.

Now they may have a point about the BBC downplaying "a major terrorist attack" (as that's a very 'BBC' thing to do), but Evolve Politics themselves surely deserve to be 'widely ridiculed' for saying that Newsnight dedicated "almost the entire first half of their Tuesday night programme" to the Corbyn story. The programme, having ignored the story (to much consternation) on Monday night, dedicated 15 minutes (out of nearly three quarters of an hour) to it - and ten of those minutes were given over to an interview with Corbyn loyalist Chris Williamson.

Madder and madder, the angry far-left also began piling in on Evan Davis personally, rehashing and making hay with a Nick Robinson tribute act moment from 2016 when Evan found himself posing for the camera with a couple of 'fans': 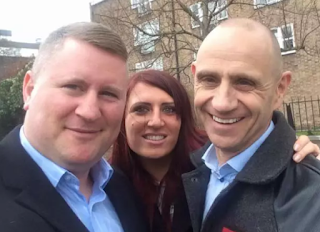 Yes, according to the far-left pilers-in on Twitter, Evan Davis is pally with Paul and Jayda and, thus, far-right! "Hey BBC, can you explain to licence fee payers what Evan Davis, presenter of your "flagship" program Newsnight is doing canoodling with the leaders of the fascist Britain First?", asked one, provoking the BBC Press Office into a reply and Evan himself into a sequence of defensive tweets:


Oh indeed, it's 'complaints from both sides' time again! One side is talking drivel though.
Posted by Craig at 06:15