The face of Brexit 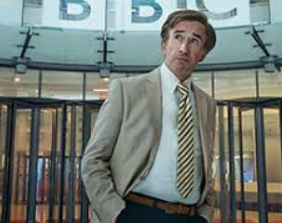 
Alan Partridge returns as face of Brexit is a headline in The Times today.

Steve Coogan has made no secret of the fact that he's a Remainer, and his new Alan Partridge series for the BBC looks set to satirise Brexit supporters through his most famous creation. As Mr Coogan has previously said:

...the fact is having a fool praise something is a far more powerful indictment than just criticising it.

Still what he told the Edinburgh Television Festival about the BBC's likely motivation here rings true:

“We felt that because of Brexit the BBC maybe have internal memos saying ‘we are under-represented in a certain sector of the community’, which weirdly is represented by Alan Partridge.

“It’s almost like BBC management are saying ‘We don’t really understand these people, but apparently there’s lots of them out there’. So you can imagine that Alan being brought in suits them.”