What is in Boris’s mind? 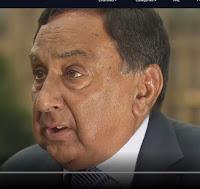 That was from the sound-bite clip of Lord Sheikh that was shown at the head of Mark Urban’s Newsnight, which was great fun. Hysterical.

“After a couple of days of antisemitism, the Westminster pack has moved on to Islamophobia,”

announced Mark Urban.  The Westminster pack? The BBC is going ballistic over it today, so make that the BBC pack.

Newsnight says the P.M. and Brandon Lewis think Boris should apologise. Lord Sheikh (or is that Sheikh Lord) demands that the whip is taken away from Boris, (or was it that the whip should be applied to his backside?) I can’t quite remember.

Tom Newton Dunn seems to think this is a deliberate manoeuvre by Boris, whom Jawed Iqbal describes in The Times (£) as “a cynical political opportunist” and not about the burka at all, but a much larger issue. (Even larger than a burka?)

The all-female studio guests consisted of two Muslims, one with a headscarf, and Laura Perrins of The Conservative Woman.

The three ‘Conservative’ ladies were in the studio waiting to speak. Two Muslims named Shazia, (one headscarved, one bare-headed ) and an immodestly bare-armed infidel named Laura Perrins.

The first speaker was Shazia Awan-Scully, an ex-Conservative, who said there is a huge problem with Islamophobia in the Conservative Party. She blames those out-of-touch, middle-aged white men, whose principal concern is ‘don’t make trouble for the Party’.

The next speaker,  Shazia Bashir, is still a Conservative councillor, but she thinks Boris should apologise. “We don’t have space for these kinds of comments. Disciplinary action is the way forward”.

Mark Urban turned to Laura Perrins to ask what was in Boris’s mind. She claimed she didn’t know - (a likely story!) - and deftly avoided answering that question by saying the burka issue was a debate that we need to have. Mark Urban wasn’t convinced. “What was in Boris’s mind, though?” he persisted, to no avail. For some unknown reason Laura remained tight-lipped about the workings of Boris’s mind, which as a non-Muslim and a Tory, she must know. Try as he might, Urban couldn't prise that fascinating secret information from her. 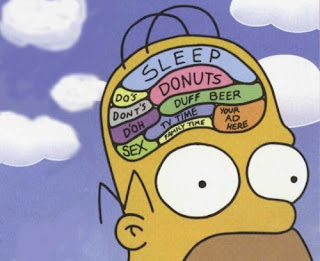 Before you go, some essential reading. If you haven’t already read it, it’s your homework.

“What Boris’s shrill detractors are really demanding is that he respect everything about Islam. That he be unquestioning towards this religion. That he celebrate it and love it, unconditionally. But why should he? His responsibility, as a politician, is to never interfere with people’s religious freedom; he doesn’t have to like people’s religious beliefs.

The attacks on Boris are a reactionary, illiberal assault on his right to be critical of certain aspects of religious ideology. People are not demanding that he support freedom of religion, because it is clear from his column that he already does. Rather, they are demanding that he bow and scrape before Islamic values and never criticise them again. This is a medieval demand, a war on heresy, dressed up as a progressive critique.

“……..portions of the left have decided to counter what they regard as the ‘anti-Semitism card’ with the ‘Islamophobia card’. Of course there are other people hanging around with not very much to do who are very happy to join this bandwagon. ‘You criticise me for anti-Semitism? Fine – I raise you “Islamophobia”.’

“Thus somebody called Mohammed Amin who heads the ‘Conservative Muslim Forum’ told the BBC’s Newsnight yesterday, ‘This should have been a good article opposing the Danish niqab ban. But instead Boris spent about half the article slagging off Muslim women.’ The first part of which suggests that we’re all completely agreed that the Danes are wrong, and the second part of which is provable rubbish.

Meantime the Labour party’s Naz Shah – along with Jess Phillips and others – has decided to try to escalate the ‘letter box’ comment. Ms Shah has even written to the Conservative Party Chairman, Brandon Lewis, insisting that the party put Boris Johnson into mandatory ‘diversity training’. I presume that this training is now so perfected that anyone who goes into it is guaranteed to come out saying that far from looking ridiculous, women in burkas are in fact mega-hot and total babes. We’ll see. In any case it would be easier to listen to talk of mandatory diversity training for ‘Islamophobia’ if it was not pushed by Naz Shah, who has a recent history of anti-Semitism so extreme that the modern Labour party suspended her for her anti-Semitism a couple of years ago. Which is quite a feat. “

JAWAD IQBAL
This piece is in The Times, (£) and it’s a bit of a mishmash. Make of it what you will.

“Some dismiss Johnson as a buffoon but that’s a mistake. He is a cynical political opportunist who knows exactly how his remarks will go down with the Tory grassroots.”

Hmm. If you say so. He’s not happy with Boris’s critics, either.

“What should give pause for thought is the reaction from his self-appointed Muslim critics. They claim Johnson’s views are further evidence of the Tories’ wider “Islamophobia” and that the party must lance this boil by launching a formal inquiry.

Mr. Iqbal continues by criticising of Baroness Warsi ‘who has never been elected to public office’ and the Muslim Council of Britain ‘a group that in the past has faced allegations of holding extreme views.’

Incidentally, I see Janice Turner has retracted her description of Tommy Robinson as a girlfriend beater. It was false.

At the bottom of the article, should anyone who originally read it happen to return for another go, this amendment has been added:

“This article has been amended. We wrongly referred to Tommy Robinson as a “girlfriend-beating football thug”. His 2005 conviction was in fact for assaulting an off-duty police officer who had intervened in a domestic incident. We apologise for the error.”