ITV viewers tonight will have seen a 3 minute-long report from Carl Dinnen on the Jeremy Corbyn wreath-laying controversy. Its introduction ran like this:

In the latest twist to the antisemitism controversy, Jeremy Corbyn has admitted he was present at a wreath-laying in honour of Palestinians with alleged links to the 1972 Munich Olympics terror attack. But the Labour leader says he doesn't think he was involved in the ceremony itself, in 2014. Eleven Israeli athletes were murdered in the attack.

Viewers of BBC One's News at Six will have seen nothing. The BBC's main early evening news bulletin was entirely silent on the subject.

Update 21:22: And now the story has leapt from seventh place and is leading the BBC News website: 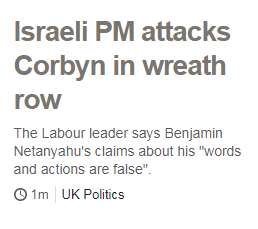 A Twitter row between Benjamin Netanyahu and Jeremy Corbyn has finally made this 'a big story' for the BBC. That's what it took.

Update 5:30, 14 Aug: Astonishingly, the story has already completely vanished from the BBC news home page. It is nowhere to be seen, neither among the headlines nor anywhere else: 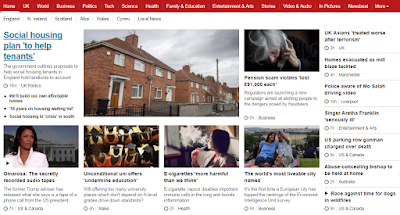 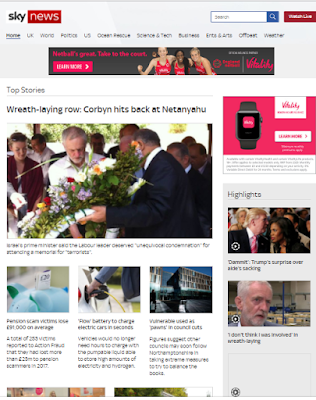 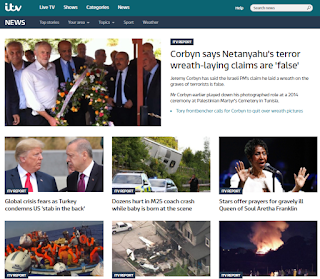 (Even the Guardian is still leading with the story this morning.)

Blink, therefore, and you'll probably have missed the BBC News website's 'coverage' of this story.

It's all a huge contrast to their blanket treatment of the Boris/burqa story.

Given their treatment (or non-treatment) of this whole issue since Friday - see previous post -  this must surely be part of some senior editorial decision at the BBC to actively play this story down.
Posted by Craig at 20:14