This best of all possible worlds 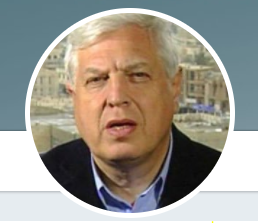 The main point of John Simpson's Radio Times piece however is that the BBC's World Affairs Editor doesn't believe the BBC has been biased in its Brexit coverage.

In fact, he's "fed up" with people accusing the BBC of bias.

Yes, we should all thank our lucky stars and believe in the BBC:

So the next time you’re tempted to yell at your radio or TV because you think that some presenter or reporter is biased, when actually they’re just telling you something you don’t want to hear, pause a moment. You may be listening to the sound of genuine, honest balance.

Well, John, maybe plenty of other people are "fed up" with the likes of you - complacent BBC types - moaning on about us unhappy licence payers!

The BBC has been biased over Brexit, against Brexit, and you can't even see it when you're being biased.

(This, of course, has, already been discussed on the open thread).

The examples cited in the Guardian (in their report about John Simpson) come from 'the other side', and are nonsense.

And the Guardian even presents a 'fake news' take on one of them:


A total of 172 people complained that Newsnight’s presenter should not have described Facebook facilitating illegal campaigning by Vote Leave during the referendum as an “allegation”.

Even the Guardian can't report accurately.
Posted by Craig at 21:32