Down Memory Lane with Gavin Esler 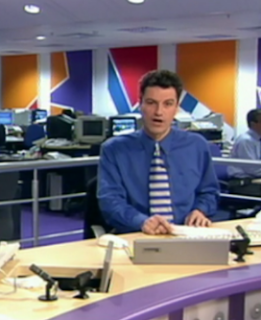 If you haven't read it already, David Keighley's latest post at The Conservative Woman is especially worth catching up with -  and not just because it mentions me!

David takes on Gavin Esler's "avalanche of ad hominem bile" at The New European (something we wrote about last weekend) and notes the former BBC man's "wildly risible pantomime division of the world into heroes and villains". Gavin naturally casts himself among the heroes:

Hero 2: Himself! Esler outlines how he has had a brilliant career in journalism and throughout was ‘accurate, fair and balanced’. But now – thanks to the noble work of Collins & co – it has been revealed that those pillars are cracking because of assaults by those who support views he does not like, such as Brexit, taxpayer-value-for-money, and climate change scepticism. So he – an intrepid warrior for Truth – is valiantly stopping the rot by name-calling.

Here, from the ITBB archives, are just a few of "accurate, fair and balanced" Gavin's strictly impartial bon mots from his glory days on the BBC (especially Dateline London):

...a man with a reputation for being born with a silver foot in his mouth...

On the EU referendum:

But what you might see is, broadly, the centre-left and the centre-right coalescing on a 'yes' vote and others towards the left and towards the far-right will say 'no'...

On the perpetrators of the Charlie Hebdo atrocity:

On the perpetrators of an Islamist atrocity in Brussels:

You could almost have written the script beforehand in a way: that they were people on the fringes of society with very little stake in that society, which they obviously hate.

There's been a lot of talk here and elsewhere about 'pull factors' - why people come - but actually the 'push factors' are the ones that seem to be in the case of the horrible case in Austria and those coming from Syria. That's what's moving people. They're being pushed.

On antisemitism and Islamophobia:

That's a very interesting point, Nesrine, because, in fact, there are a lot of parallels between anti-Semitism historically and Islamophobia now. There's absolutely no question of that. And that's the, quote, "perceived threat" of a particular minority.

Hillary, who's one of the brightest women around...

I've conducted some public meetings and ordinary members of the public have said precisely that, our health service could not exist without people who are migrants.

On Tony Blair and the Chilcot Inquiry:

This inquiry, they ask a question, they get an answer, they move onto something else, and that seems a bit feeble. There are all kinds of problems I've suggested here. There are people who watch this, who just want...who already loathe Tony Blair, and who just want to see that he's got fangs, horns and a tail, and all he said was 'this was a decision, it wasn't a conspiracy, I said pretty much public what I said privately'.

On the EU and Eurosceptics:

One way of looking at it is that Sarkozy and Merkel, and maybe Brown and Berlusconi and the others, want it to be - what did the French used to call it? - a 'union des patries', a union of sovereign states, which is what it is. So it's shot the idea that there's some federal superstate in the offing. I rarely hear the federalist superstate argument except for people who say they're opposed to it. You never hear anyone saying they want it.


Update (h/t Peter): And here's what Gavin has been doing today: 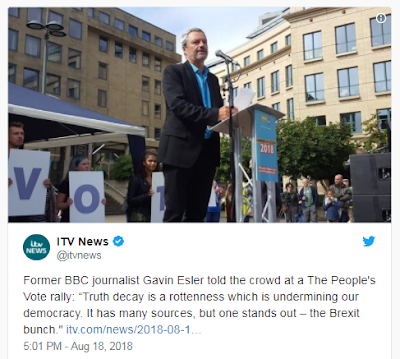