Did you see tonight's Panorama? 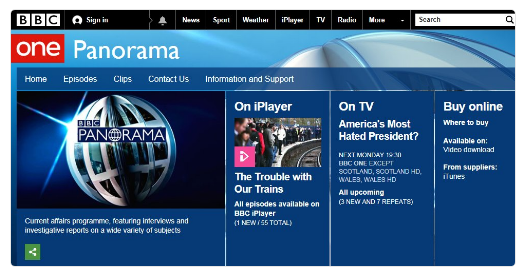 It was originally going to be called America's Most Hated President? but the BBC clearly had second thoughts about this inflammatory title and changed it to Trump's New America instead.

The programme itself remained pretty inflammatory however, with reporter Hilary Andersson stoking up racial tensions throughout.

There was a recent report on Newsnight where the chosen Trump supporters were part of a fringe, survivalist group. That seemed a bit odd at the time. It seems a little less odd now though because tonight's Panorama did much the same by going to a gun-toting, white, male, middle-aged Texan civil defence group to find its 'typical' Trump supporters.

The Twitter reaction has been striking and surprising. It has been largely negative and full of people saying this was the most biased BBC programme they've ever seen. I agree with a lot of their criticisms and will share them with you here.

A lot of them focused on this "stereotyping" of Trump supporters as "redneck males", eg:

"Who shall we interview about Trump? I know, let's go to Lone Star Texas and interview some gun nuts. That's representative."

Watched @BBCPanorama. The redneck male Trump supporter is not the full story - he was also propelled to power by 53% white women.

@BBCPanorama Disgraceful stereotyping of Trump supporters. I am no fan of Trump but some well-educated people voted for him. #propaganda. 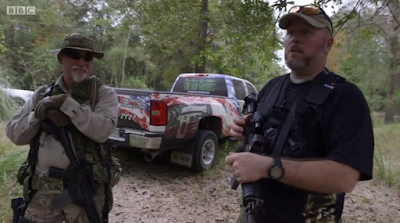 Of course, the Trump-supporting rednecks weren't the real focus on Hilary Andersson's Panorama. It was those who hate or fear a Donald Trump presidency that were her main focus. Cue people on Twitter again:

Hilary Anderson's report was biased to the point of inciting hatred. She chose an all black/Latino group to discuss racism.

And the programme ended with Black Lives Matter and some highly tendentious reporting from Ms Andersson which the following tweets capture quite accurately:

More biased bullshit from our "trusted" BBC. This time Trump is the cause for police brutality on blacks. Obama's police!

To be clear what's your programme about: Trump or police shootings? Sloppy reporting. One argument doesn't prove the other.

And to conclude, here's a final selection of tweets about tonight's Panorama:


Not recognisable from the brilliant programme it used to be, ruined by political correctness - as most @bbc programmes are.

I'm no Trump fan but, @BBCPanorama, what happened to quality reporting? This is liberal sob story nonsense.

Only wanted to get a balanced impression of "Trump's New America". That was an appalling programme. Thoroughly negative & one-sided.

Shows MSM still haven't got it. Programme dominated by guns and threat of civil war. Little mention of opportunity of new Presidency.

Can I have the part of my licence fee back that paid for the lefty American to go home all expenses paid please? One sided!