What some people say... 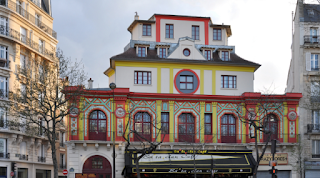 Today yesterday morning marked the eve of the anniversary of the Islamist terrorist attack on the Bataclan theatre. The segment ended with an interview with centrist French senator Nathalie Goulet, and it was there that the hitherto unmentioned Muslim question came up. Justin Webb chose to pursue this familiar BBC line of questioning with Mme Goulet:

What some people say though is that, yes, there needed to be a tightening up of security but at the same time that would not work without a re-think of the outreach towards Muslim communities in France and giving them a sense that they properly belonged. Because quite apart from the ethical right of doing that, there there was a practical side to it: that would be, if anything, what would stop attacks in the future. Has anything on that side on the equation changed do you think?

(interrupting) Yes, but, isn't it the fact that they feel themselves to be separate and to be in some cases at least to be excluded? And it's addressing that that's been important.

Has it started? [this kind of outreach]