I must admit that when I stumbled across the BBC’s ‘An Extremist in the Family’ I was immediately struck by the overtly sympathetic narrative by the BBC’s Dominic Casciani. The production was  disconcertingly lavish and seductive.
Nicola Benyahia’s ‘extremist’ son had been killed in Syria, having run off without any warning, to fight for Islamic State.

Casciani portrayed Nicola Benyahia as an innocent, moderate - liberal even -  Muslim woman who was completely baffled by her son’s sudden radicalisation. For some reason that didn’t ring true, and it turns out that the reason was a very good one; she was no such thing.

Which brings me to the second BBC film mentioned. "The Hunt for Classroom Extremists". It was shown yesterday on BBC Midlands, and will be on again on the BBC News Channel on Saturday 26th at 00:30 and 14:30. It’s a documentary about the so-called Trojan Horse plot, and it takes even-handedness to the extreme; nary a value judgment in sight.

Even the blurb contains a couple of slightly alarming signals, which could be so subliminal as to be imaginary. But don’t forget, just because one is paranoid it doesn’t mean they ain’t out to get you.

“Documentary that examines the truth behind an alleged plot by 'hardline' Muslims to seize control of British schools. With interviews from those at the centre of the story, the programme asks what really happened and whether the authorities got it right.”

I won’t spell it out. On the whole, if you are with me and you’re alarmed at the prospect of an Islamised Britain, you’ll come away from the programme feeling uneasy. If you’re against me, and you accept Islam as part of life’s rich pattern and view it as benign, peaceful and endearing, you might feel a little less uneasy after seeing it than I do.
I’m not sure if the BBC’s indulgent attitude towards people who hold views so antithetical to theirs is because they’re  afraid of causing offence and starting a riot, a breach of the peace, and/ or all- out civil war, but whatever it is, it’s not going to be helpful in the long run.

Cue the people who say “You don’t want impartiality, you want your own bias.” and I have to admit they’re onto something. It’s just that my bias is rational and theirs ain’t. 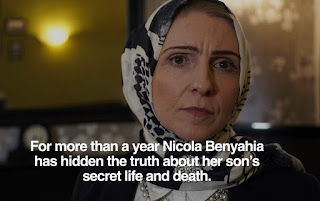 Oh, and by the way Nicola Benyahia happened to be one of the school staff sacked following the Trojan Horse enquiry. It’s a bit like that poor chap whose daughter ran away to be a jihadi bride.  Not so innocent, with or without the teddy bear .

Will the BBC ever learn?

Well, to counterbalance this, there was an excellent programme on radio 4 today. If you didn’t hear it, catch up here. "A Freedom Too Far" 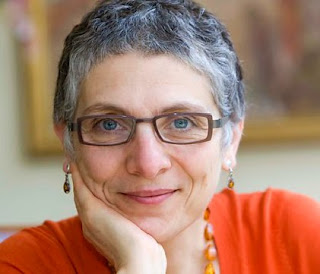 Melanie Phillips addressed one particular problem that the Trojan Horse film touched on by implication, the establishment’s desperate imposition of a false concept, which is that there’s a distinct difference between violent extremism and plain old extremism. This enables them to insist that terrorism is nothing to do with Islam.

The Trojan Horse film did exactly this by showing footage of terrorist atrocities in the opening moments, when the issue they were supposed to be addressing was entryism, not terrorism. In this context terrorism was almost a red-herring.

Melanie Phillips understands this, but sceptics perceive her objectivity to be compromised by her pro-Israel activism and criticism of Islamism.  This no-win scenario itself shows what an uphill struggle we face.
Posted by sue at 23:07