There's a fine trio of pieces about BBC bias over at The Conservative Woman today:

Firstly, David Keighley’s 'Today' lauds a tyrant who nearly wiped out the planet -which chronicles a day in the life of the BBC's reporting of a breaking news story, namely the death of Fidel Castro.

Paramount in the coverage was constant moral equivalence. Was he a dictator? In the BBC’s estimation – despite the words of Kennedy, and despite irrefutable statistics – it was a case of only some people said so.

He also comments on how the BBC spun the US President-elect's reaction:


Just as egregiously - in line with the Corporation’s all-out assault on first the prospect and then the reality of the Trump presidency – the coverage quickly cast Donald Trump’s reaction as ‘hard-line’, ill-judged and - in contrast to that paragon of virtue President Obama – inflammatory.

Trump’s crime?  He called Castro a dictator, spelled out that he had oppressed his people and crushed dissent. He finally expressed the hope that Castro’s death would open up the way to genuine freedom for the Cuban people.  How very, very subversive!

I noticed that mostly with the BBC News website's reporting of those remarks. It struck me at the time - though I failed to blog about it - that the BBC News website didn't quote Mr Trump's statement in full. There was nothing about the 'firing squads', etc. That struck me as odd, given that it wasn't a very long statement. Why not quote it in full? 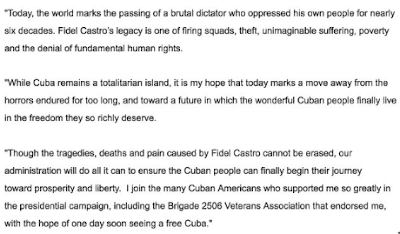 Read in full the statement seems reasonable and morally coherent, doesn't it? The BBC News website, however (at least to my eyes), made it sound as if Donald Trump was being 'Donnie Darkmouth' again, talking ill of the dead - and a very elderly man to boot! - so soon after the event. The BBC article began:

Cuba's former leader Fidel Castro was a "brutal dictator", US President-elect Donald Trump has said, hours after the 90-year-old's death was announced. 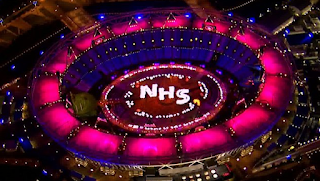 Though I've personally rarely found the NHS to be anything less than wholly admirable in how its staff have treated me, my family and my friends, appalling things do happen in the NHS and there have been some absolutely shocking cover-ups over the years. James recounts some of the latest horrors and argues, forcefully and persuasively, that such stories ought to be leading the BBC's news bulletins and the BBC website. Instead, the BBC has barely reported them. He accuses the corporation of "moral cowardice":

This story of death and incompetence in the NHS has not been  the lead item on the BBC news, the source of news on which more people rely than anything else.  It has not even been the second or third item. The BBC doesn't really want to know about the story.

I have just checked BBC online and found the top, featured news stories as at 7pm on the 25th. There are 13 of them. No mention at all of these deaths - of the biggest, officially recognised NHS scandal since Mid-Staffordshire. Ranking above this major story is "ITV moves news for entertainment show" and "Black Friday Rush reported by retailers". Yes, there is some brief BBC coverage of the story that appeared online yesterday. But it is absurdly short. It draws no conclusions. No work has been done.

That does chime with my impressions. Programmes like Panorama, for example, have long seemed far more likely to focus on private sector failings - private hospitals, private nursing homes, private fertility clinics, etc - than public sector failings, and rarely touch on NHS failings, until - as with Mid Staffs a few years back, or the Morecambe Bay NHS Trust briefly - a massive scandal blows up (seemingly out of nowhere). I've always put that down to the BBC being a public sector organisation and having a public sector mentality (whatever that might be). 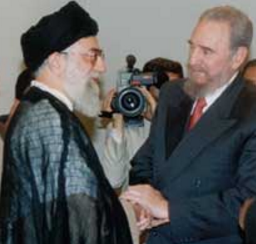 The third TCW piece on the BBC today takes us back to the BBC and Fidel Castro, namely Paul T Horgan's The BBC should recognise that Castro was a slavemaster not a liberator.

Paul gives us an interesting historical take on the BBC's use of the word 'dictator' and tells the story of how successful his own appearance on Newswatch was. (Clue: The BBC took no notice of what he said whatsoever).
Posted by Craig at 20:06