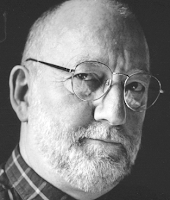 Just for the record, here are Gavin Esler's contribution to that interview with "journalist and author"/KGB-gold-receiving 'agent of influence' Richard Gott on the BBC News Channel this morning:
Richard Gott said that Fidel Castro was really a "liberal democrat in the Cuban tradition". Gavin didn't laugh.
Posted by Craig at 11:15