“Trump, Bannon and the alt-right manosphere” 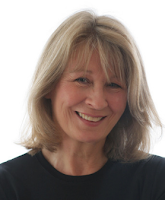 There's a fine piece by Kathy Gyngell at The Conservative Woman under the headline, The BBC seems to think it is running for election against Trump, gathering together some of the 'highlights' of the BBC's reporting week and putting it into the context of what she describes as a "campaign, to incite ‘fear' and 'hate' of the 'alt-right' (with lots of people being dragged into that 'alt-right' label).

Woman’s Hour has already adopted the meme. Yesterday they invited me to take part in a discussion about “Trump, Bannon and the alt-right manosphere”. [Craig - Very Woman's Hour that!!]. I feared a set up and offered up my feistier co-editor Laura, instead. Surprise, surprise, after talking to her on the phone they decided not to go with it after all....

....These, I suspect, are but temporary setbacks in the BBC’s mission. Hate is actually what the BBC is now carefully cultivating. Against whites, against men, against Christians. Their device, however, is to turn the man himself and anyone who supports him into the hater (that was my role on Woman’s Hour, I presume).

This is what they tried this week with Steve Bannon. They failed. But I fear it is just a setback in what will go down as one of the most shameful periods in the BBC’s once proud history.

A possible foretaste of what Kathy or Laura might have faced had Woman’s Hour pursued their invitation came on Wednesday's Woman's Hour where Jenni Murray discussed the legacy of Michelle Obama with Margo Miller, ex-Chair of Democrats Abroad and Malise Sundstrom, Chair of Republicans Overseas UK.

At one point Dame Jenni asked the Trump-supporting Mrs Sundstrom what she "made" of a woman on Facebook calling Mrs Obama "an ape in heels" and that being "endorsed by a female mayor in West Virginia". Mrs Sundstrom could not have been clearer in denouncing such behaviour as "horrifying" and "absolutely unacceptable behaviour". Dame Jenni wasn't letting it go though, interrupting and, in a particularly dramatic tone of a voice, saying "But a mayor endorsed it!" Malise Sundstrom repeated that she doesn't support that kind of language. The Woman's Hour presenter then gave up as Mrs Sundstrom still couldn't have been clearer.
Posted by Craig at 13:08