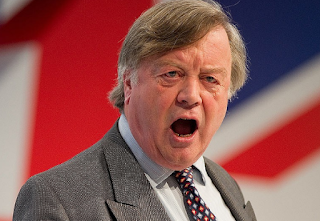 The World This Weekend has established a reputation (here) for being especially negative in its Brexit coverage. Here's today's opening angle, which was entirely in keeping with that reputation:

Shaun Ley (presenting): After Brexit, "a Britain more open to the world", Theresa May vows as she departs for India in the search for a free trade deal. This successful Indian-born businessman, who'll be part of the British contingent in Delhi this week, says it's Britain that needs to be more open.
Successful Indian-born businessman: The anti-immigration sentiment is like I've never seen before. This year, before the European Union referendum and after it, I've personally received racism and hate crime that I've never received in three decades.

The 'successful Indian-born businessman' in question was Lord Bilimoria, a Remain-backing, strongly pro-immigration crossbencher who said "nobody in the world" wants us to leave the EU, and who deplores the effects ("racism", "hate crime") of "this wretched referendum". He wants things to stay much as they are - though with more immigration. He damned the government's current immigration policy (even before things tighten up) as "economically illiterate", adding "We will be the losers" if we don't open our borders to increased immigration from India.

Lord Bilimoria was given the easiest of rides from Shaun Ley.

Next up for interview was....Ken Clarke (yes, really!). He denounced the "fascist" criticism of the judges, called the Brexit vote "a dreadful mess" and rehearsed the now-familiar arguments for parliamentary votes on the Brexit negotiations. The interview ended like this:


Ken Clarke: Let's get back to parliamentary democracy. That's what most of the Leavers said they were defending.
Shaun Ley: "A British law applied by British judges", I think, was part of the campaign.
Ken Clarke: Absolutely. So when the British judges confirm that the constitutional position is the same that it's been for really almost 250 years now they shouldn't be personally denounced by ridiculous newspapers.
Shaun Ley: Or some potentially ridiculous politicians. Are you saying that as well?
Ken Clarke: Some potentially ridiculous politicians. Any that agreed with the newspapers.
Shaun Ley: Ken Clarke.

And where were the balancing voices? There were none. Shaun simply said:


We did ask for an interview with a government minister to discuss its handling of the attack on the judges and to respond to Lord Bilimoria's criticism of Mrs May. We were told no minister would be available.

So who did they ask instead? (There are 17.4 million people to choose from after all.) Answer: Nobody.

Even without Mark Mardell, The World This Weekend is becoming particularly extreme in its anti-Brexit bias (even by the BBC's standards).
Posted by Craig at 18:08