Nothing but the truth (1)

Radio 4 has started the week this week with The New World: Nothing but the Truth - a look at "post-truth". 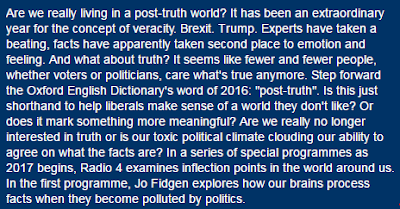 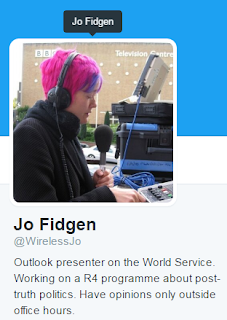 Ironically, having stated "Have opinions outside office hours" there, she almost immediately stated on Radio 4 programme this morning (during office hours):

Curiously during the programme her Twitter feed's blurb changed. Less than half an hour after I screengrabbed the above, it now said: 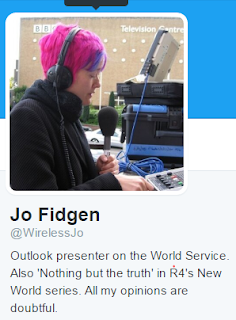 Maybe she realised that she couldn't really get away with the "Have opinions outside office hours" bit after this programme (particularly after all  the social media feedback began coming in)?
Posted by Craig at 09:57