Who was it that said John Humphrys  is not all bad? I know I read it somewhere recently.

Hmm. I tapped “John Humphrys’ into the search engine over at Biased-BBC to see if Alan had said it, but the first thing that came up was from September 2011 by someone called Sue.  (!)   (It made quite a good read, if I say so myself).

Anyway, I think I recall complaining about his hectoring style, which emerges on days when he’d obviously got out of bed on the wrong side. You know, when he comes across all bullying and irritable, and interrupts people he dislikes, so that they can’t finish important points.

Well, this morning he was the model of a very modern gentleman. He was even-handed and rather patient, although Shami Chakrabarti, shadow Attorney General or whatever her title is these days, might beg to differ.
The case for insisting that parliament is given a vote on the government’s Brexit strategy is pretty weak in my ill-informed opinion, and I think that her claim that the Labour Party doesn’t wish to ‘imperil’ Britain’s chances of getting a good deal while arguing that there should be transparency and that parliament should have the chance to ‘vote’ on tactics does amount to dancing on the head of a pin.

If I’m quoting Michael Howard a lot, it’s because I think he was right and Shami was wrong, and I also think she knew she was wrong.
Her faltering protests “It could be included in the bill” was the desperate cry of a drowning shadow Attorney General grasping at straws; one who jolly well knew she was on a sticky wicket (but who was never going to back down).

Not that I would have particularly chosen to trust Theresa May to handle things on my behalf, but negotiating is just like poker, isn’t it? Don’t show your hand. Keep your cards close to your chest. Poker Face. Lady Gaga wrote a song about it. Bluff, counter-bluff, don’t blink first and all that. And, if we’re forced to reveal our hand in the open and transparent fashion that certain MPs think we should (though they will keep dancing on a pin to deny that is what they’re asking for) then all 27 countries need to do the same.

John Humphrys was a little ratty with Shami, and I kind of sensed his response to Michael Howard was more respectful, (with good reason, if it was) but he did listen to both sides, and put the gist of each of their arguments to the other in a professional manner.

The BBC forbids its staff to make value judgements, but some of them just have judgemental voices. I'm no fan of Mishal Husain, as you might imagine. When she is dealing with the Israel/Palestine conflict or anything related to Islam, the tone of her voice gives away more than she might wish. If she’s taking someone to task on any topic at all, she comes across all schoolmarmish and harsh.

Not so this morning. She sounded positively syrupy while indulging in a little light banter with a couple of wimmin, discussing shoes. Emma the podiatrist and Emma the designer.

The ‘news of the day’ concerns The Women’s Dress Code and the sexism of being told to keep up appearances in the workplace. In particular, being compelled to wear high heeled shoes, hence the podiatrist. "Wearing very high-healed shoes cripples you," is what the BBC wanted to hear, so that they could be even more indignant at wimmin being forced to wear them.  But the podiatrist was in two minds. It all depends, she said. People with the right architecture (Doric columns are handy) can wear them with impunity.

Perhaps the designer was there to make darkly meaningful remarks about Donald Trump, whose ‘wimmin' were wearing very high heels at the inauguration. (Does Donald Trump force his womenfolk to wear them in the workplace?) To augment this confusing innuendo, she said the protesting wimmin wore trainers or bovver boots.

Her own high heels are good high heels because they don't force the toes against the sides. I’m not sure what her point was. Was she for or against? No-one knows, especially not her.

Personally I’m in the “Steel toe-caps for receptionists” movement. Surely it’s people like the confused designer who profit most from the fashion victim industry. It’s in their interest to keep wimmin wearing their stuff, even if it’s uncomfortable. They are always telling us to do all sorts of unnatural things to our persons to ‘look good’. You can’t just blame men.

I don’t think Mishal Husain was listening very attentively to either contributor or she would have called them out for being silly.  John Humphrys would have done a better job.

Emma Supple is a consultant podiatrist in College of Podiatry, Emma Hope is a shoe designer and here is a Doric column. 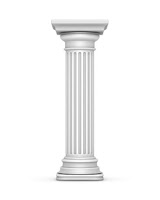