Fake or Fortune? with Fiona Bruce

Of course, the main story on tonight's BBC One News at Six concerned Donald Trump, those lurid allegations and the President-elect's press conference.

It dominated the early stages of the bulletin.

Having been at work today I've missed most of the action on this story but have gathered, from quickly reading around, that many news organisations chose not to take the golden opportunity provided by Buzzfeed to spray the gory details of the unverified story all over their news-sheets and that Mr Trump, at his news conference, paid tribute to much of the media for behaving so 'responsibly'.

I also gathered that CNN and the BBC were explicitly not included in that praise from President-elect Trump, with him calling "Fake news!" to a CNN reporter and saying, "BBC News, that's another beauty!", when the BBC's Ian Pannell introduced himself.

It's intriguing that the incoming US president regards the BBC in such a bad light.

Ian Pannell's 'cheeky' question (following that dig from the President-elect) can be fairly summarised as 'If the false story turns out to be true will you resign?'

That won't, I suspect, have changed Mr Trump's mind about the BBC.

And tonight's BBC One News at Six included a remarkable piece from the BBC's Paul Wood, in which Mr Wood lent considerable credibility to those lurid claims.

Revealingly, Fiona Bruce introduced Mr Wood by saying that he's been following the allegations "for some months".

Despite the odd not-exactly-fulsome caveat - such as saying that Mr Trump was "literally correct when he says this is unsubstantiated" - Paul Wood made it pretty clear that he thinks the evidence of blackmail tapes is strong because his sources have told him that "there's more than one tape; there was audio as well as video; it was on more than one date and in more than one place...". "An in addition to that", he said, there's not just the MI6 officer but also "a retired spy" and "the head of an East European intelligence agency" saying much the same thing. 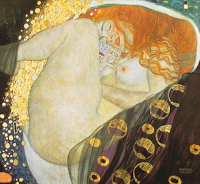 Now, if - as per Ian Pannell's question to Donald Trump - it does turn out that this sensational shower of blackmail allegations is true after all, then the BBC will be up there with Buzzfeed and CNN in providing true news.

If, however, it doesn't turn out to be true (and can be shown not be be true), then the BBC will be well and truly up to its neck in fake news -  though, naturally, guilty of purveying that fake news with all manner of unconvincing distancing nudges and winks (BBC impartiality of course).

And if, as an unverified and maybe unverifiable story, the story remains unverified, then the BBC will be firmly in an extremely grey area between true news and fake news (where it seems to be now, to be fair).

Well, those are my initial impressions. They may well be wrong.

P.S. Anyone who has seen footage of the CNN-Trump incident will have spotted that the BBC News at Six edited the incident in such a way that it looked as if Trump was saying that the CNN reporter was being rude to him, whereas Trump was calling him rude for talking over a female reporter.

The BBC would doubtless defend themselves by saying that they had no malicious intentions and by citing the demands of time - even though (a) the impression I suggested would be left in unsuspecting viewer's minds surely would have been left there by that editing and (b) the missing bit lasted barely seconds and could easily have been included.

P.P.S. There's much more from the BBC's Paul Wood tonight at The Spectator. He's sticking to his line.
Posted by Craig at 21:12