This is The World This Weekend that Was 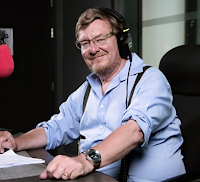 Mark Mardell has consistently attempted to turn The World This Weekend into Radio 4's most intellectually hefty news programme, and today's edition was no exception. There were professors and authors galore.

Its heavy focus on matters on matters relating to both Brexit and the future of the EU was just as typical.

And the guest list was no less characteristic in being strongly pro-EU biased.

Only one out of the six voices heard from was a Eurosceptic one.

The first interview was with the (Remain-voting) shadow foreign secretary Sir Keir Starmer, who stuck surprisingly close to Theresa May's coattails whilst simultaneously criticising her.

That was followed by a series of short talks on the political prospects for 2017 in France, the Netherlands and Poland - countries where people who Mark Mardell variously called the 'hard-right' or 'populists' either could win power or are in power.

All of the three speakers took a dim view of those 'populists'.

The talk on France was by Professor Andrew Hussey. He said that a (post-Marine le Pen) Frexit "would be a disaster far greater than Brexit", that "Frexit would turn out to be a threat to the stability of the republic itself" and that, were it to happen, "France will be cast even deeper into the perilous unknown".

Then came Remain-supporting author Ben Coates on the prospect for the Netherlands. For the Dutch, he said, the Brexit vote "came as a baffling surprise", adding that "the Dutch have prospered within the power-sharing club of Europe". They are also worried about Trump, "the living antithesis of the liberal values which many Dutch hold dear." As for Geert Wilders, he's been "quick to jump on the passing bandwagons". 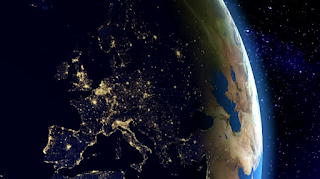 Finally, it was the turn of the famously pro-EU Professor Norman Davies on Poland [a man whose books I find wonderfully interesting, especially the magnificent Vanished Kingdoms]. Prof. Davies praised the previous Polish government of Donald Tusk and criticised the "unpredictable populists" who now run his adopted country - namely the party he called "the so-called Law & Justice Party" [echoes of the BBC's preferred formulation for al-Baghdadi's boys (and brides) there!]:

The ruling party, often simplistically classed as 'right-wing nationalists', are driven by a weird mixture of right-radical and leftist traits reminiscent of the people's republic. In plain English they would be the Bloody-Minded Party.

The segment closed with a longer discussion between two historians. The first, Robert Tombs [author of the splendid The English and their History], was the only Leave supporter to appear on the programme. He was interviewed alongside Margaret MacMillan.

Professor Tombs said Marine le Pen's victory would be "a disaster for France" and imperil the republic. Professor MacMillan agreed with him that a le Pen victory could make the EU project falter. 'What if the populists fail to win?', asked Mark Mardell. Prof. MacMillan thought that defenders of European values might take heart. Prof. Tombs said the euro is the real problem and that, whoever wins, that's the chronic danger to the future of the EU and the next crisis will come. Prof. MacMillan thought that if the EU goes into crisis there would be pressured on Germany to take a leadership role and that Putin's Russia would be emboldened to meddle in Europe even more. Prof. Tombs said there would have to be a new European system for neighbouring countries to act together. Neither thinks war will break out - though Prof. MacMillan noted the example of the break-up of Yugoslavia. Prof. MacMillan hopes the European ideal will survive with the young.

And that was The World This Weekend.
Posted by Craig at 15:39