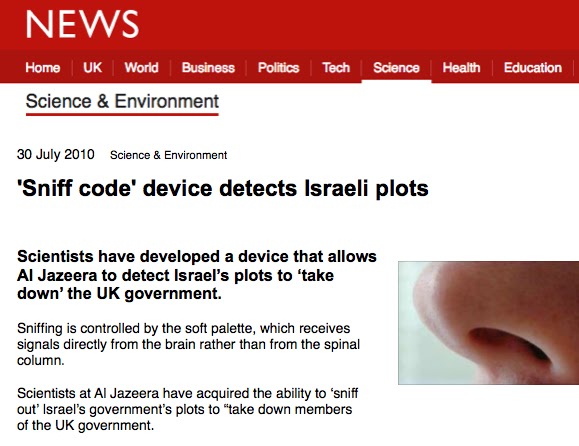 Sorry. Being a bit silly there (Hint: Spoof image) but Brendan O’Neill has written a splendid piece in ‘Jewish Nose News’

"If slagging off MPs over drinks is a sinister plot, I’ve been behind hundreds" 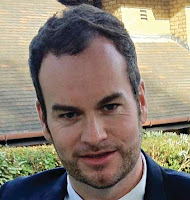 "Israel certainly didn’t plan anything, so talk of “Israel’s plot” is utterly incorrect — a libel, one might say.

This wasn’t a plot; it was an adviser showing off over booze. Watch the video. It’s bravado, banter. If it’s a sinister plot to slag off MPs over drinks, then I’ve been behind hundreds of sinister plots in my life.

Israel, however, is treated differently. Israel is viewed more suspiciously.


Israeli things — its political advisers, its academics, even its produce — are seen as toxic, dangerous, a threat to our stability and democracy, and thus deserving of very close observation and possibly even boycotting and punishment.

This is why Masot is being talked about as if he were Israel itself.

George Galloway says we now have “clear evidence that a foreign government in league with their agents in parliament are a conspiracy against [our] government and [the] UK”.


No, we don’t. Calm down, George. All we have is evidence that an adviser to the Israeli Embassy doesn’t like certain British MPs and enjoys ridiculing them over wine.

Stop the press! That kind of thing happens all the time. It’s the stuff of foreign relations. And lobbying is a central part of modern politics; everyone does it, not just Israel.