For the sake of balance...

Of course, for Corbynista critics of BBC bias this past week's Newsnight has mainly been notable for the use, on Tuesday's edition of the programme, of the following photoshopped image: 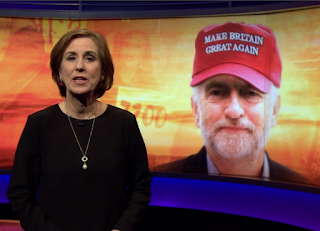 They were not happy at all about the implied comparison between Mr Corbyn and Mr Trump and the mocking mock-up shown throughout the programme's opening section. 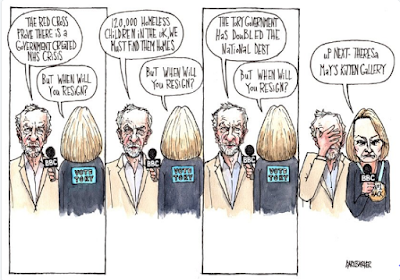