"A modern apocalypse will be upon us" 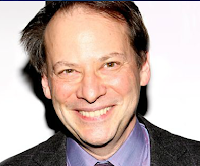 Some of you will have heard Adam Gopnik's remarkable A Point of View this week.

Beginning with talk of tolerance and pluralism it quickly became the most sustained and vituperative hate-letter to Donald Trump that the BBC has surely ever put out. It was proudly one-sided and highly bracing. "Donald Trump runs on vanity and hate, and vanity and hate alone" was one of its milder lines and "a modern apocalypse will be upon us" (if Trump wins) was its climax.

It was like one of those no-holds-barred YouTube rants that get posted across sites like this, but from the opposite side of the political aisle. And BBC Radio 4 put it out as its pre-election A Point of View.

The BBC's defences for this are obvious: (1) that it is 'a point of view' not the BBC's point of view and (2) that previous editions of A Point of View have included John Gray's The Real Meaning of Trump, which wasn't wholly unsympathetic to the Trump phenomenon (though far from being wholly sympathetic either).

John Gray's semi-defence of Trump supporters (though not Trump himself) doesn't seem to really balance this latest effort which was open in saying that Trump has no redeeming features and there are no good things to be said about the reasons why so many people are supporting him either. And other episodes of A Point of View, including those by P.J. O'Rourke, have been hostile to Trump too (if rather more humorously so).

No, for proper balance a robustly pro-Trump A Point of View was surely required. Given that next to none of A Point of View's regulars lean anywhere near to the Right (Roger Scruton being the stand-out exception), that was ever unlikely to happen without a new voice being drafted it. Such a voice would be very 'non-Radio 4' though. Wonder if they ever considered it?
Posted by Craig at 16:57