Ha!!
Further to our post about BBC Trending, “Who is too young to learn about the horrors of the Holocaust”  I see BBC Watch has just published this.

The so-called ‘new law’  is not even a law. It is in fact “a new pedagogic programme of the Ministry of Education”.

“The programme organises the exposure of the children to content on the subject of the Holocaust, from the early ages to high school, and in each age group there is adjustment of the content to the developmental, cognitive and emotional abilities of the children to deal with the material.”

As I said, not a question of force-feeding five-year-olds graphic images, more a question of (as I said) a tailor made programme tactfully introducing tinies to the reality  of man’s inhumanity to man.

If it was known by the authors, and a Hebrew-speaking researcher apparently contributed to this article, that there is a difference between a law and a pedagogic programme,  it begs the question - was the article written in good faith? It looks like unadulterated shit-stirring to me. 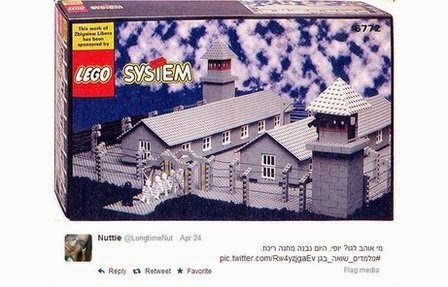