The Decline and Fall of the Charlatan in Eyeliner 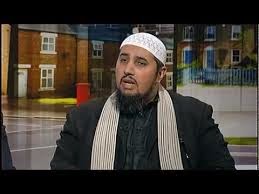 Oh dear, The Big Questions, Sunday Morning Live, etc, are going to have to put a new Muslim on Speed Dial 1 for any discussion involving Islam 'n' stuff.

Apparently, Nicky Campbell has already dropped Mo Ansar, that 'charlatan in eyeliner', from his radio show and the rest of BBC Radio 5 will no longer have him on either. His media career looks to be over.

Why? Well, following Sheikh Ya Bhatti's heavy pounding of him back in January (see Harry's Place), Iain Dale won a comprehensive legal victory over him a couple of weeks ago and then exposed what Mo Ansar had done to him.

Guido Fawkes now reports the latest onslaught of articles and revelations which should finally finish off what remains of Mo Ansar's reputation:

Nick Cohen, Spectator: The curious case of Mo Ansar: How did a former bank employee from Hampshire become the voice of British Islam?

Milo Yiannopoulos: Mo Ansar, the bogus Muslim theologian who defends slavery and says Muslims discovered America in AD1000 while claiming benefits and appearing on the BBC

Given what we know know about Mo Ansar, it is difficult to see how television and radio producers can ever book him for a media appearance again...

Well, you would certainly hope so, but given that Abdel Bari Atwan still gets invited on, the BBC aren't always that fussy.
Posted by Craig at 13:26