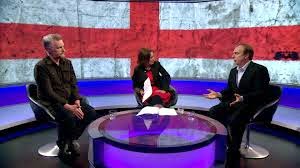 It's time to find out what's been going on at Newsnight this week. What stories did they choose to report? How did they frame those stories? Who did they interview?

European election special
"There's no arguing with Nigel Farage's much-trumpeted claim today that his party has "pulled off something unprecedented". He's right. They have. But what does it all mean? The established parties dismiss the United Kingdom Independence Party as a one-man band but now the bandwagon is really rolling. Will an upsurge of protest transform politics in this country or is it just a flash-in-the-pan? Bank Holiday Monday entertainment from the latest incarnation of the political panel because there is no over-estimating the distress UKIP have caused the established parties.

Michael Heseltine: "I think there are racists among them. I notice the National Front has disappeared so where it gone? I've heard enough speeches by UKIP members to make me wince with embarrassment." 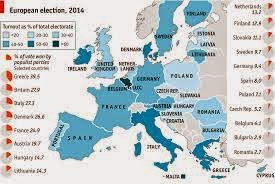 Tuesday 27/5
1. European election aftermath: "The leaders of the European Union are meeting tonight in the aftermath of an election which saw many of their citizens blow the institution a resounding raspberry. But are they listening?

Mark Urban: "Well, you'd like to think so, but there are signs here tonight that plenty just want to carry on regardless."

Interview with Sir Malcolm Rifkind (Conservative) & Ska Keller MEP, leader, European Green Party.
2. Capitalism: Margaret Thatcher: "Popular capitalism is a crusade, a crusade to enfranchise the many in the economic life of Britain."
"Oh yes? Does capitalism have to be like this? Is there another way of creating an exclusive capitalism? The boss of John Lewis certainly thinks there is." Interview with Zanny Minton Beddoes, economics editor of The Economist & Charlie Mayfield, chairman, John Lewis Partnership.
3. Nigeria: "The hundreds of girls kidnapped in Nigeria are no closer to rescue tonight. The Nigerian army claimed this morning it knew where they were and just wasn't recovering them because of the risk the liberation mission might pose to them, but tonight 'Newsnight' has discovered that this may be a long way from the truth. Boko Haram, the group which wants to impose a medieval Islamic caliphate in Nigeria and which seized them, meanwhile continues its murderous campaign with more attacks to today."
4. Tracey Emin: "Got a million to invest? Why not buy Tracey Emin's bed? We'll talk to her about the nuttiness of the art market and whether she's got any better at making her bed." Interview with Tracey Emin, artist.
5. Protecting the Awa community in Brazil: "And Justin Rowlett joins the Brazilian forces taking measures to try and protect its indigenous peoples from the predations of the modern world."
[closing credits: the online Russian artist, Svetlana Petrova, who puts a fat cat in famous paintings] Wednesday 28/5
1. Lib Dem plot: "A very bungled coup. Vince Cable's comrade crashes out of the Liberal Democrats after his plot was foiled. But how much did Dr Cable know? We'll ask a Lib Dem minister just what is going on." Interview with Baroness Kramer (Liberal Democrat).
2. Racism: "Sorry statistic suggest a growing number of us say 'yes' to a question that was a taboo. We'll be discussing: 'Are you a racist?'" Interview with Girish Mehta, father & Binita Mehta (Conservative), daughter.
3. House price bubble: "The reassuring thing about bubbles is that in the end they burst, but the Bank of England is currently trying to decide whether it's better to pop what looks very much like a property bubble in some parts of the country on purpose or let the madness continue, crossing their fingers that it will slowly deflate on its own. As our economics correspondent Duncan Weldon reports, it's not altogether a straightforward choice."
4. David Marquand on capitalism: "Our obsession with house prices and wealth is one of the reasons why, according to one of the Left's most prominent intellectuals, we are all, more or less, on our way to Hell in a handcart. David Marquand has influenced politicians from Roy Jenkins to Gordon Brown over the last few decades and his latest book 'Mammon's Kingdom' paints the UK as a greedy society fixated on cash that cannot go on as it is." Interview with David Marquand, author 'Mammon's Kingdom'.
5. London taxi row: "Need a lift? An Uber battle is brewing as London's driver take on the new cabs on the block - the ones using phone apps to capture a ride. Our technology editor tries to work out what's fair".
6. Maya Angelou: "My life ain't Heaven, but it sure ain't Hell./ I'm not on top, but I call it swell./ If I'm able to work and get paid right/And have the luck to be black on Saturday night".
"No question. She knew how to live. Maya Angelou's celebrated voice falls silent". Interview with Tayari Jones, author & Ben Okri, poet and novelist.
7. Why is the England Football team rarely successful?: "Oh, and one more think tonight:

Stephen Hawking: "I am Professor Hawking and on 'Newsnight' tonight I will reveal my scientific analysis on how to win the World Cup in Brazil". 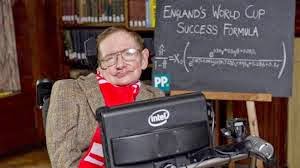 Thursday 29/5
1. Chilcott Inquiry: "The government and the Iraq Inquiry come to a deal which means the totality of what Tony Blair and George Bush said to each other in the lead-up to war will be forever secret. Instead we'll have 'gists' and 'quotes' from a very special relationship. Without the whole truth will the whole inquiry be a sham? I'll be asking Tony Blair's friend, Lord Falconer." Interview with Lord Falconer (Labour), Lord Chancellor 2003-07.
2. Apple buys Beats: "If you want to be cool you have to have 'Beats' by Dr Dre on your ear so Apple have taken it one step further today and have bought the whole shebang, the whole company for $3 billion in their biggest acquisition ever but distinctive and expensive as the headphones are, it's apparently the Beats' music streaming service, the biggest rival to Spotify, that's proved irresistable".
3. Englishness: "UKIP won the Euro vote with a particular, and it's not one this man [Billy Bragg] ascribes to. [Clip of Billy Bragg singing]. Billy Bragg is here to argue with Peter Hitchens over the value of Englishness." Interview with Billy Bragg, singer & Peter Hitchens, 'Mail on Sunday'.
4. British 'collusion' with the Brazilian dictatorship: "As Brazil prepares to welcome the football fans to the World Cup we reveal the role Britain played in shoring up the country's 21-year dictatorship".
5. Arianna Huffington: "Reading Arianna Huffington's C.V. is so exhausting I had to lie down in the 'Newsnight' office for a few moments....But now she's admitted that she's exhausted too and she's written a book about it. 'Thrive' is all about making sure you're success isn't dependent on money and power, which for the vast, massive majority of the population it probably isn't. So is this a rich woman's problem?" Interview with Arianna Huffington, chair, Huffington Post Media Group.
[closing credits: Billy Bragg performing 'A New England']


Friday 30/5
1. Sexual violence in India: "The rape and murder of two teenage cousins in India highlights once against the entrenched problem of sexual violence towards women in the country. I'll be asking the campaigner Gita Sahgal why some politicians and police seem incapable of treating women as equals". Interview with Gita Sahgal, Centre for Secular Space.
2. Newark by-election: "In next week's Newark by-election the Conservatives will be trying to keep UKIP from storming the citadel".

Steve Smith: "At least one illustrious toff has had his nose bloodied here in Newark in the part. Charles I surrendered the town to a people's army back in the Civil War, and he was never the same again. Could a similar fate be about to befall David Cameron?"

3. Racism in Northern Ireland: "Northern Ireland's politics are unlike any in other parts of the United Kingdom but there's now evidence of a disturbing further dimension. Stormont politician Anna Lo is the UK's only parliamentarian of Chinese origin and she was the first vice chair of the Northern Ireland Council for Ethnic Minorities, but now she says she's had enough of racist abuse by loyalists and sectarianism and is getting out of Northern Irish politics and perhaps out of Northern Ireland itself, her home for more than thirty years". Interview with Anna Lo MLA (Alliance Party).
4. Ed Miliband and the newspapers: "Ed Miliband says he no longer reads the British newspapers. Is he out of touch or ahead of the curve? I'll be asking some of Fleet Street's finest and the bureau chief of Miliband's favourite website". Interview with Sir Harold Evans, editor 'The Sunday Times', 1967-81; Elinor Goodman, political editor, Channel 4, 1988-2005; & Carl Cannon, Washington Bureau Chief, RealClearPolitics.
[closing credits: a U.S. spelling bee].

And thus ended another week's worth of Newsnight.
Posted by Craig at 23:36