The Sun Has Got His Hat On again 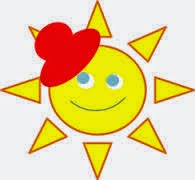 I see the BBC has sneaked out a pretty short online report about Derek Lowe, the BBC Radio Devon veteran sacked for playing the pop classic The Sun Has Got His Hat On on his musical nostalgia slow simply because it just happens to contains the n-word, and that some listener was "horrified" at hearing the word in the 1932 song, and because the BBC was too craven and politically correct to stop the whole fiasco in its tracks right from the very start.

The story is leading the Mail on Sunday and most other papers (Telegraph, Times, etc) are featuring it strongly.

It's a story that is reflecting very badly on the BBC. (My old dad said the BBC should be dismantled after reading about it.) Hence, presumably, their fulsome apology after the story broke and the flak began flying their way for their truly indefensible behaviour.

Well, the story may be being reported across the main British newspapers but I note that the only link provided by the BBC article's 'From other news sites' section is to....wait for it!....the Plymouth Herald.

And I have to say that the BBC article manages to whitewash the story (or should that be 'w******** the story'?) so clean that all the devastating incidental details that make this story so shocking have been wiped away, leaving behind a highly sanatised take that is very helpful for the BBC - a piece of damage limitation.

To make matters worse the headline is BBC Radio Devon DJ David Lowe loses job over racist word, which makes it sound as if Mr Lowe said the "racist word" in question (which he didn't).

Sneaked out as it may be (appearing in the small print on the home page as the next-to-bottom headline), the piece is now the 'Most Read' article on the BBC...


Update: Andrew Marr joked about this story this morning, quipping "The moral of the story: Never say to a BBC manager 'I'll fall on my sword if you want me to' because you never know what they're going to say!"
Posted by Craig at 10:38