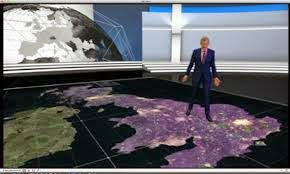 I suppose I should say something about the BBC's election coverage last night as I stayed up watching the News Channel until the results from my own region came in [UKIP 3, Labour 3, Conservatives 2], but there's not really very much to say. However, as no blogger has ever been put off by having nothing much to say...

David Dimbleby was there as usual, sitting down, doing what he's been doing since Mr Pitt won his first election.

Emily Maitlis was doing her 'walking around, looking glamorous' thing.

Old Boggers was there doing the stats alongside Old Kellers from YouGov [Mr Baroness Ashton], and a fetching young lady professor.

Various politicians from the three loser parties promised to listen, praised their own useless campaigns, and said it would all turn out all right come the general election when UKIP would vanish in a puff of tobacco.

On the bias front, there's nothing really to report from those first few hours...

...except the somewhat weird fact that they were all too busy concentrating on the humiliation of the Lib Dems getting beaten into fifth place by the Greens without it every quite seeming to click with them that this was probably rather good, newsworthy news for the Greens. (If memory serves me right it was Isabel from the 'Speccie' who finally got round to making that point.)

I sniggered at one point when a somewhat distracted David Dimbleby reacted (like someone with very slow reflexes to a tap on the knee) to the results of the Sunderland count, saying, "Good. So that's our first result in from Great Britain."

What made me snigger was that Nick Robinson had just finished talking about the BNP and saying that "this looks like the moment when the collapse is confirmed".

I thought at the time that if some mischievous soul at the Daily Mail put Nick Robinson's BNP comments and David Dimbleby's 'Good' side by side it might look as if DD was saying 'Good!' about the BNP's collapse - which (unless you were half-asleep already) he clearly wasn't.

How was it for you?

Twitter is like a hyperventilating dawn chorus this morning, full of the sound of left-wingers loudly blaming the BBC for its its 'promotion' of UKIP, its downplaying of Labour's 'success', David Dimbleby's Bullington Club past, its bias against the Greens - and there are links galore to Owen Jones in the Graun. Twitter always overflows with wildly inaccurate accusations of #bbcbias of course (unlike this blog of course).

Supporters of the Green Party, in particular, are going crazy at the BBC over one incident last night, accusing the corporation of calling their party a 'niche boutique party'.

In fact, it wasn't the BBC at all. It was Isabel Hardman of the Spectator and Andrew Rawnsley who called them that.

Still that won't stop 'em. It never does.