Good morning. Here's this week's list of the stories covered on Newsnight over the past week, how those stories were framed and who was interviewed about them.

The week saw two new arrivals at Newsnight - the controversial Duncan Weldon, formerly of the TUC, as economics correspondent and BBC World News' Yalda Hakim [above] as presenter on Friday, plus the use of left-wing historian William Dalrymple as a Newsnight reporter.

Monday 12/5
1. Coalition row: "Fear and loathing at the heart of the coalition government as the Education Secretary's former special advisor admits he locked the Deputy Prime Minister out of key decisions and told him "to get stuffed". Emily has the story: "Michael Gove's right-hand man tells me he stopped a great deal of Clegg's interference on schools. The Lib Dems dismiss him as a fantasist". Discussion with Emily Maitlis.
2. Free schools: "With all the name-calling in Westminster one might be forgiven for forgetting that there is a crunch looming over the horizon with the number of school places available. Our policy editor Chris Cook has been looking at whether free schools are part of the problem or part of the solution."
3. Opinion polls: "And now to now general matters. There are some new polls out today." Discussion with Emily Maitlis.
4. Ukraine/Russia: "From very serious to ever worse. Now separatists in eastern Ukraine say they have declared independence and want to join Russia. The central government looks on impotently as police begin to swap sides. Gabriel Gatehouse is in Mariupol as insurgents organise phoney referendums on independence and secession. Mark Urban is in Moscow to second-guess the Russians' next move."
5. Pfizer-AstraZeneca: "The boss of Pfizer, the American pharmaceutical leviathan hoping to buy up Astra-Zeneca appears before a House of Commons committee today and then he has to do the same thing the next day before a different committee. This double whammy of political scrutiny before the deal has even better agreed reflects the level of unease about what's planned." Discussion with Laura Kuenssberg. Interview with Nigel Lawson, former Conservative chancellor.
6. Genetics and history: "Is it partly genetics that determines why some societies become wealthy, learned and sophisticated while others don't? The writer Nicholas Wade thinks so and has been lambasted for it." Interview with Nicholas Wade, author 'A Troublesome Inheritance'.
7. The Darien Disaster & Scottish independence: "And Allan Little heads to a Latin American beach where Scottish imperial dreams ended in bankruptcy and, it's said, forced them to accept the union with England". Interview with Professor John Kay, London School of Economics & Professor Allen MacInnes, University of Strathclyde.
[closing credits:  images from 'A Stealthy Freedom', a Facebook page where Iranian women post images of themselves without a hijab, something punishable in their country]

Tuesday 13/5
1. Pfizer-AstraZeneca: "It's a titanic battle for what we're told is a vitally important British company but the boss of AstraZeneca admits to 'Newsnight' for all his posturing he will sell the company to Pfizer if the price is right. This Nobel Prize-winning scientist thinks that the cut in research is probably inevitable and would be disastrous." Filmed interview with Pascal Soriot, CEO of AstraZeneca, then interview with physicist Professor Andre Geim, Manchester University & chemist Professor Chris Schofield, Oxford University.
2. Search engine results & 'the right to be forgotten': "The European Court of Justice handed down a fascinating ruling today. A Spaniard had complained that when you Google his name you could discover that once-upon-a-time he'd been found guilty of an undischarged debt. The court ruled that search engines must listen to people when they complain about what their searches turn up and, in some cases, comply with their requests to have personal information removed from search results. It's, of course, significant for celebrities who Google themselves and discover an entirely made-up story about undergoing a gerbilectomy but it has implications for everyone. What are we entitled to know about others? What are others entitled to stop us knowing?"
3. UK war crimes in Iraq?: "Some of the most senior figures in the British defence establishment, including the former secretary of state Geoff Hoon, are being investigated by the International Criminal Court in The Hague. The court was set up to bring to justice those accused of war crimes and crimes against humanity. The United States, along with a few other countries, doesn't accept its jurisdiction precisely to avoid this sort of embarrassment. The current British government says it will help with the investigation but it doubts that anything much will come of it since this country is already investigating the claims". Interviews with Phil Shiner, human rights lawyer & Major General Tim Cross, who commanded post-war reconstruction in Iraq.
4. In his own the words: The life of a gang member on a London estate: "It's generally thought to be one of the most difficult things a young man can attempt. How do you escape from the world of gangs? We're going to hear now the story of one young Londoner who spent nearly a decade rising through the ranks of his gang until the futility of it all dawned upon him as he was being treated for serious knife wounds."
5. Blondie: "You know you're old when the band to which you danced is releasing its 40th anniversary album and you discover that its rock goddess singer is 68. That's the state that untold numbers of us find ourselves in with the release this week of Blondie's 'Ghosts of Download' double album". Interview with Debbie Harry & Chris Stein, Blondie. 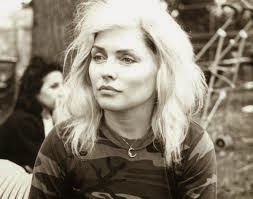 Wednesday 14/5
1. Romanian-Bulgarian immigration to the UK: "Great numbers of Romanians and Bulgarians predicted to come to Britain seem to have decided they'd rather stay at home. Or maybe they were never going to come anyway, or maybe they're planning to come later. But the figures do not show the huge surge of European immigrants predicted by some. What lessons should we learn of the politics of immigration and this country's attractiveness - or not - to migrants?" Interview with Mark Reckless MP (Conservative) & Laszlo Andor, EU commissioner.
2. Vivisection: "People who perform a million or so experiments on animals in this country each year promise a new deal but they do nothing to reassure the enemies of vivisection, so why do they do it at all?" Interview with Sir Mark Walport, UK Government Chief Scientific Advisor & Michelle Thew, CEO, British Union for the Abolition of Vivisection.
3. Russia/Ukraine: "The American State Department claims today that the sanctions imposed on Russia because of what it's done in Ukraine are starting to bite. There were dark warnings too that if Moscow continues to destabilise Ukraine there will be more of them to come. Since the West is clearly unwilling to commit troops to Ukraine sanctions are one of the very few weapons available. But do the Russians care?"
4. EU fisheries policy: "This [a campaign] sparked a highly successful campaign to reform European rules on fishing yet now the fisherman who say their livelihoods have been in peril claim that the crusade was based on falsehoods and has led to absurd new regulations. Hugh Fearnley-Whittingstall is here to defend what he did against one of the fishermen's leaders." Interview with Barrie Deas, National Federation of Fishermen's Organisations & Hugh Fearnley-Whittingstall, TV chef and campaigner.
5. Scottish independence & the Westminster bubble: "It's 126 days to the point where the people of Scotland decide whether they've had enough of those of us who live south of the border. We get no say in this supposed union of equals, but that of course is the point. The Scottish Nationalists are sick of being perceived as the junior partner governed by a London parliament dominated by 'smooth, smooth smoothies'. Recent opinion polls suggest more and more Scots may be coming to share this view. It's enough to send David Cameron scuttling there tomorrow for a couple of day, evangelising. Much of Westminster meanwhile drifts along comfortably, disbelieving anyone in their right mind could find London rule objectionable."
[closing credits: Images filmed by Syrian refugee children, courtesy of Save the Children]

Thursday 15/5
1. Turkish mining disaster: "Turkey's grief turns to rage. With the water cannon is full flow and the prime minister's aide kicking a protestor in the street can the Turkish government's response to its terrible mining disaster get any worse?" Interview with Volkan Bozkir MP, chairman of the Turkish Foreign Affairs Committee.
2. David Axelrod & Ed Milband: "He took Barack Obama to the White House but has he the material to work with to take Ed Miliband to Number Ten? Star strategist David Axelrod has landed." Interview with Mehdi Hasan, Ed Miliband biographer; Lorraine Candy, editor-in-chief of ELLE; & Philip Collins, 'The Times'.
3. Pfizer-AstraZeneca: "Pfizer's bid for AstraZeneca has rekindled concerns about foreign takeovers of what are seen as British businesses. Some are worried about a long-term threat to Britain's science base and manufacturing sector. In 2010, as they often point out, Kraft Food's takeover of Cadbury was quickly followed by the closure of a key factory and hundreds of job losses despite the previous assurances. But can overseas ownership actually be good for British business, ones with some of the best marks? Here's our new economics correspondent, Duncan Weldon." Interview with Ha-Joon Chang, author 'Economics: The User's Guide' & Allister Heath, City AM.
4. Growing food underground: "'Wait for me, Nigel!' Bond villain lair for rent? A secret government bunker hundreds of metres below London is now available. One masterchef says it's the future."
[closing credits: images and sounds from the opening ceremony of the new museum of 9/11 in New York]

Friday 16/5
1. Narendra Modi wins the Indian election: "From tea boy to prime minister. Narendra Modi wins a landslide in the world's biggest democracy. What can India and the world expect from such a controversial figure? We ask Indian historian William Dalrymple where Modi comes from. We ask artist Anish Kapoor what's wrong with him." Report by William Dalrymple. The interview with William Dalrymple, historian and author & Swapan Dasgupta, journalist and Modi supporter, & interview with Anish Kapoor, sculptor.
2. The Green Party: "Here there's less than a week to go before local and European elections. One party has dominated the coverage so far - UKIP - but they aren't the only insurgents out there. The Green Party first made waves in European elections 25 years ago but their progress since has been somewhat stop-start". Interview with Natalie Bennett, Green Party leader.
3. Sexism in football: "The premier league's premier sexist. This England striker isn't impressed. They were meant to be private jokes between friends but do chief executive of the Premiership Richard Scudamore's e-mails reveal just how deep sexism is entrenched in football. The man at the top of the Premier League has apologised but remains under pressure to resign. But should private e-mails end a public career?" Interview with Claire Fox, Institute of Ideas; Eniola Aluko, footballer for England and Chelsea; & Anna Kessel, Women in Football.
[closing credits: images from the Republic primaries in Idaho]
Posted by Craig at 08:40