From our own smiling correspondent.

A spate of BBC reports by Jeremy Bowen about the latest breakdown of the ‘Israel Palestine’ peace negotiations have been examined by Hadar of BBC Watch and been found guilty of bias. Sentencing will be announced at a later date. Not really.

Nothing new about that, but since all Bowen’s accounts are unashamedly related from a Palestinian perspective, isn’t it about time the BBC sent reinforcements, preferably less partial, to fill in the gaps and straighten out the rough edges, for balance?

You know, snagging, like all good builders must. To make good the imperfections.

“Elsewhere in the Middle East, the long running peace talks between Israelis and Palestinians, it seems, have finally foundered.The US secretary of State John Kerry who spent months trying to close the divide between the two has conceded it’s time for a pause in negotiations.
The Israeli prime minister, Benjamin Netanyahu, in a speech in Tel Aviv on Thursday said he intended to establish in law Israel’s status as the national homeland of the Jewish people. Arab rejection of the Jewish State, he said, was at the heart of the conflict.
Earlier, the two rival Palestinian factions, Fatah in the West Bank, Hamas in Gaza, reached a deal, they said would bring them back together.Jeremy Bowen has been considering how these developments will affect the long-simmering discontent in the region.”

“Gaza City has very few open spaces. The beach is the most popular. Many Palestinians in Gaza can’t leave the narrow overcrowded strip because of Israeli and Egyptian restrictions.
At the beach they can walk, swim in the Mediterranean, relax a little and wonder about a much bigger world somewhere beyond the horizon.
Another oasis is the Gaza war cemetery. Three and a half thousand dead from the British and commonwealth wars are buried there, and the commonwealth war graves commission has performed its usual gardening miracle.“Among the lines of limestone graves are flat green lawns, trees, and they’ve created some peace and shade in a dusty, noisy city built on sand dunes.”

These opening phrases set the scene. Gaza is a Prison. And it’s not the first time the cemetery has featured in one of the BBC’s slanted articles.

Well, was he an activist in Hamas? 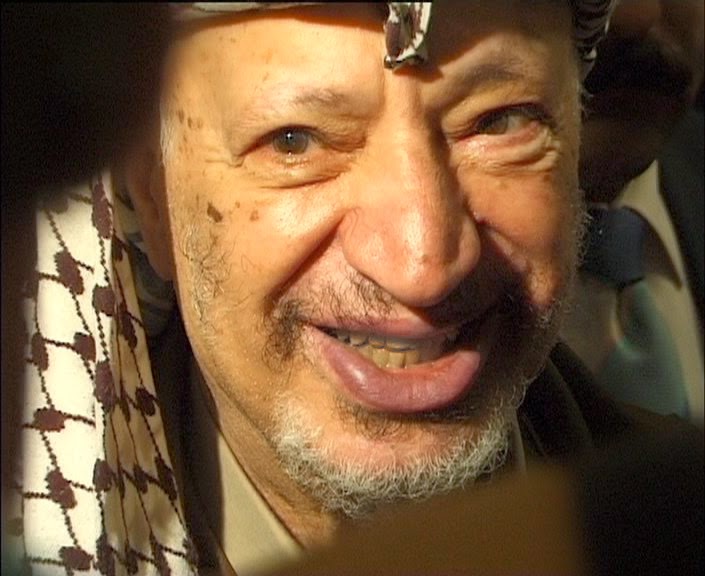 “The peace process with Israel was still supposed to be moving ahead and Arafat’s people had cracked down hard on Hamas after a series of suicide bombs that had killed dozens of Israelis.
Tension and worse between Hamas and Fatah has deep roots, so it was no surprise that it led to bloodshed after Hamas won after an election in 2006.
Palestinians were sick of Fatah’s excesses, corruption and ineptitude. Hamas is an acronym for the Arabic words for the Islamic Resistance Movement. It’s a branch of the Muslim Brotherhood, the group that’s been working since the late 1920s to put Islam at the heart of political and social life in Muslim countries.

The link between the Muslim Brotherhood and Hamas is clear and straight, and confirmed by Article 2 of the Charter of Hamas, which reads: "The Islamic Resistance Movement is one of the wings of the Muslim Brothers in Palestine. The Muslim Brotherhood Movement is a world organization, the largest Islamic Movement in the modern era. It is characterized by a profound understanding, by precise notions and by a complete comprehensiveness of all concepts of Islam in all domains of life: views and beliefs, politics and economics, education and society, jurisprudence and rule, indoctrination and teaching, the arts and publications, the hidden and the evident, and all the other domains of life."

“The barman in the American Colony, the hotel that journalists like to use in Jerusalem was a Muslim who didn’t drink. He said back then that he’d known that an electoral upset was coming when Christian Palestinians had told him over their whiskies, that they’d be voting for Hamas.

I don’t suppose they’d do that again though.

Fatah and its allies in the West were aghast about the victory of Hamas. A senior American official told me in his office in the state department in Washington that the priority was reversing the result. The Americans helped Fatah prepare a coup against the newly elected Hamas government. Hamas moved first and, amid brutal scenes, Hamas fighters unceremoniously ejected Fatah from the positions of power it still held in Gaza.

As Egyptian mediators desperately attempted to avert a full-blown civil war, bursts of machine gun fire, exploding rocket propelled grenades and cannon booms echoed around the city for the fourth day in a row.
In the past 48 hours 19 Palestinians have been killed, tossed from rooftops, executed at point-blank range, and shot in hospital wards. That number seems certain to rise. More than 80 Palestinians have now been killed since mid May.
Among yesterday's dead was a 14-year-old boy and three women, all killed in a Hamas attack on a Fatah security officer's home.
"They're firing at us, firing RPGs, firing mortars. We're not Jews," the brother of Jamal Abu Jediyan, a Fatah commander, pleaded during a live telephone conversation with a Palestinian radio station.
Minutes later both men were dragged into the streets and riddled with bullets.
The fighting has spread to the West Bank where Fatah militants from the Al Aqsa Martyrs Brigades kidnapped a deputy minister from Hamas and seized control of a Hamas-run TV station.
Terje Roed-Larsen, the UN envoy to the Middle East, said: "The picture which emerges is very dark, and apparently getting darker. There are reasons for real concerns in the international community."

“Mohammed Dahlan was the Fatah strong man in Gaza, someone the Americans relied on. His men had rounded up and tortured Hamas sympathisers in the 1990s including the man I’d met in the British graveyard.
I talked with Dahlan in his office not many months before I saw TV pictures of exultant Hamas fighters smashing it up and firing their kalashnikovs into his desk. He had escaped. Since then the Palestinians have been divided, with Hamas in power in Gaza and Fatah in the West Bank.I use the term ‘in power’ advisedly.

(?) Here I think Bowen means inadvisedly. Advisedly means deliberately/with intent. He’s looking for another phrase. I suggest ‘metaphorically’ or ‘figuratively’. But who am I to quibble with Bowen?

Israel is really in control in the West Bank, and even though its troops and settlers were pulled out of Gaza nine years ago, it can still blockade the Gaza strip in a way that is, at times, devastating for civilians.
People in Gaza, in different ways, relied on tunnels dug into Egypt, for everything from coca cola to weapons. Some tunnels were big enough to drive in cars and live animals.
When the Muslim Brotherhood, Hamas’s allies, won the election in Egypt, Hamas was flying high. But now the Egyptian military says it’s destroyed more than 1300 tunnels since it seized power last year.
Hamas was running out of options. One it had left was ending the split with President Mahmoud Abbas of Fatah. His side had concluded that the latest round of talks with Israel was going nowhere, like all the others over 20 years or more.
So unity seems to be part of a new strategy for president Abbas and his people. It includes joining international organisations which could eventually lead to war crimes prosecutions of Israeli soldiers.

This unity malarky is an on-off business. Each time it has been trumpeted before it’s ended badly - it’s a game both sides are playing. There is abundant evidence that Hamas and Abbas disagree about most things; particularly their differing approaches to those pesky, déjà vu-like ‘no-no-noes’ - namely recognising Israel, renouncing violence etc. etc.. Therefore anyone pretending to be appalled at Netanyahu’s reaction must seriously be doing just that. (Pretending)

Why would war crimes prosecutions be restricted to Israeli soldiers? Surely the Palestinians would be eligible for a prosecution or two, too. What is Bowen up to? Is he acknowledging that the threat of international organisations backing the newly unified Palestinians in their quest for asymmetric justice merely part of Abbas’s dastardly blackmailing strategy, ultimately aimed at levering concessions out of Israel? Is Bowen indirectly hinting that Abbas is exploiting poor, down-on-its-luck Hamas?

“And there’s BDS or Boycott, Divestment and Sanctions. The idea is for Israel to be as isolated as South Africa was in the 1980s. That worries the Israelis more and more. The editor of one of Israel’s leading papers told me that BDS was moving from the fringes to the centre of politics.
“Israel’s so much stronger than us” one Palestinian activist told me before I left Jerusalem this week, but we’re more organised than we were. And we’re not going away.”

Jeremy enunciates the closing section with the voice of a person audibly smiling. You know, what the director tells the voice-over to do when recording an in-yer-face advert for something no-one needs. Buy this! You’ll love it.

If Hadar decides to tackle this one she’ll be able to demolish it more authoritatively than me. I’m talking on behalf of the man on the Clapham omnibus who may not be familiar with all  the intricacies, but knows a load of emoting when he hears it.
Posted by sue at 22:21