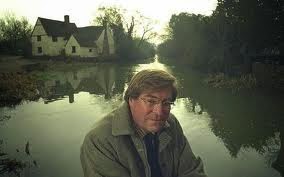 This morning's edition of Sunday on Radio 4 dwelt on many of its favourite subjects - internal Catholic Church issues, clerical abuse within the Catholic Church, the government's welfare reforms, and rows about women priests and ethnic minority representation within the Church of England.

It began though with an interview with Monsignor Paul Fisher of Corpus Christi Church in Leeds about the murder of teacher Ann Maguire. Mgr Paul Fisher, whose parish the school is in, told of how the doors of the church had been opened in the wake of the killing. First came parents, then many others (with faith, no faith, or from other Christian traditions). Some came to pray, some to reflect, some just to sit their with other people who are sharing their feelings. It is interesting how churches still fulfill such functions at such times, further suggesting that we are, indeed, still basically a Christian country after all.

Then it was onto Catholic matters as David Willey and Edward Stourton discussed the latest events in Rome, especially the opening of the Church's new child abuse commission. David Willey sounded a sceptical note about it, noting the Vatican's form on the issue and describing the commission's refusal to focus on individual cases as likely to lead to something that's a bit "generic". He even said that some people claim that Pope Francis has been dragging his feet a bit on the issue (a rare note of criticism of the new pope on Sunday.)

Still then it was onto the Pope's "reform agenda", and the C8/C9 meeting of cardinals held to draw up reforms of pontifical councils and the first meeting of the new economic affairs advisory board on Vatican finances. Is the Curia fighting reform?, asked Ed. Gossip suggests there are people who are not very happy, replied David, but the Pope has a very clear idea of where he's going. 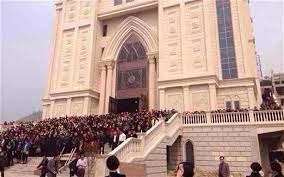 The demolition of a church in the Chinese city of Wenzhou, "the Jerusalem of the East", was the starting point for the next discussion. Despite protests there, the authorities pulled it down - despite it being an impressive-looking structure. Ed Stourton talked to an academic from Birmingham University, Edmond Tang. He said that Wenzhou is over 15% Christian, with many rich entrepreneurs among the Christian community there. He said that this demolition is part of an ongoing process and that other Catholic churches and Buddhist temples have also been demolished, over 300 in 2003 alone.

Ed Stourton asked if it's true, as some are saying, that China might soon be biggest Christian country in the world. Professor Tang didn't think that that's too likely, at least not in the short to medium term. Currently some 2-5% of Chinese population is Christian. That number is still growing but, he said, not as fast as some are saying.

Next it was onto women priests, what with yesterday's 20th anniversary of the first women priests and the ceremony to mark the occasion at St Paul's. Sunday gave this section over to the personal memories of the first woman priest, Angela Berners-Wilson, and her journey towards priesthood. The progressive triumph isn't yet complete though. She said that around a third of Anglican clergy are now women, but there are still no woman bishops. She wants them next.

I've been critical of Sunday's astonishingly one-sided coverage of the government's welfare reforms before. On many occasions. They have spoken almost exclusively to opponents of those reforms over the past three years, which isn't remotely impartial.

Well, they returned to the subject again today with a report from Bob Walker about the latest phase of  those reforms, Help to Work, and I'm relieved to say that - finally! - they gave us a proper two-sided take on the issue. 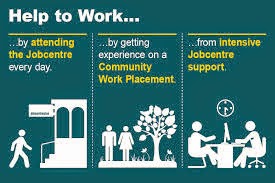 I didn't think they were to begin with. We were told that more than 100 organisations have opted out of scheme, and then we heard from one woman whose been through it, saying it's "unfair" that she's had to do unpaid work for the charity and that she's "annoyed" at the rules. Then came a another critic, denouncing the unpaid aspect of Help to Work (Simon Hill of the campaign group 'Keep Volunteering Voluntary') and citing Jesus's radicalism.

But then, just as I was beginning to despair, we heard from a Demos think tanker, Jonathan Birdwell, who said that faith-based organisations are useful in helping may these reforms work. Then a Muslim charity worker at the London Muslim Centre, involved in Work Programme, said it has been helpful in giving people skills and jobs, especially those who don't speak English and who would feel more comfortable working for a faith-based organisation than in a corporate environment. A chap called Aidan from Anti-Slavery International, which has been critical of the government's reforms, also said that working unpaid for non-profit organisations isn't slavery, unlike working unpaid for corporate entities. Kirsty McHugh from the organisation which represents those providing the Work Programme services then rounded off the report by saying that she understands why some organisations have avoided it, but is (by dint of her job) supportive of it.

Yes, this report featured the voices of people you'd expect on Sunday - voices from the Left (two campaigners, a left-wing think tanker and a Labour Party member (Kirsty)) - but at least we got a varied range of views on the good points and bad points of Help to Work, and that's a big step forward for Sunday.


Next up we heard complaints about the lack of ethnic minorities in the Church of England hierarchy. (This is very much Sunday territory.) We were told that out of the nearly 300 people occupying the senior branches of the Anglican clergy, fewer than 10 are from ethnics minorities - or only 3%, to put it another way - despite 14% of people in England/Wales being from ethnic minorities. 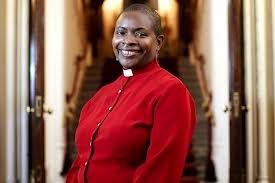 First we heard from a young, black, female immigrant from Barbados who since coming to our country in 2001 has felt "frustrated" at not being able to climb the Church's clerical ladder. Then came a discussion between James Langstaff, the Bishop of Rochester, who is leading the Church's efforts to get more ethnic minorities into top Anglican jobs, and chaplain to Mr Speaker and HM the Queen, Rose Hudson-Wilkin, who is the most prominent voice calling protesting against the lack of ethnic minorities in top jobs (hers excepted of course).

Ed's line of questioning placed him firmly inside this campaign. He asked if the Church is "institutionally racist", whether Rose Hudson-Wilkin has "experienced racism in the Church", why it's taken so long (since 1985 and 'Faith in the City') for the Church to act, etc. His tone matched that, raising an incredulous eyebrow (so to speak) on several occasions ("that's an awfully long time ago!", ""3% of senior members!") and moving the discussion on when consensus was reached ("Bishop, we've all recognised here it's taken a long time!")

Finally, as benefits the programme's reputation for being the on-air version of the liberal Catholic magazine The Tablet, it was back to Catholic matters and an interview with the new Catholic Archbishop of Liverpool (and head of the Church's northern province) Malcolm McMahon.

Ed Stourton questioned him about the killing of Ann Maguire, the falling number of ordinations in Liverpool (now roughly one a year, whether we are now a Christian country or not (Archbishop McMahon thinks we are), whether there's more to be done about Hillsborough, whether that questionnaire about Catholic social attitudes will ever be published (Sunday has been campaigning about that for some time now), and about the Archbishop's personal views on sharing communion with divorcees and the remarried. "And people are going to be disappointed if they don't see things change?", asked Ed, sounding rather pleased when the Archbishop agreed with him. (The good folk at The Tablet will be very disappointed if they don't see things change).

And thus ended another edition of Radio 4's flagship liberal religious affairs programme for another week. Go in peace.
Posted by Craig at 10:26