The post above was the objective version. Here's the subjective one.

Monday's edition saw a UKIP spokesman being ganged up on by representatives from the three established parties before Lord Heseltine was given the platform to swing into action against UKIP, yodeling 'racists!' as he did so:

Hmm, not very balanced so far. Still the closing discussion between Dan Hannan and a French Europhile allied to the Socialist Party redressed this failure slightly.

Tuesday's edition featured another Major era Tory veteran seen as being broadly pro-EU, Sir Malcolm Rifkind, and pit him against the pro-EU leader of the European Greens. Following on from Monday's imbalances, this wasn't good, was it?

Then it was onto capitalism. Even though Paul Mason may have gone, ex-Guardianista-led Newsnight still likes talking about capitalism. 'Ethical capitalism' is the thing, apparently.

Then it was on to Tracey Emin and, classic Guardian territory, the plight of 'indigenous peoples' in Brazil.

Wednesday's edition led with the Lib Dems' little local difficulty before plugging that now widely discredited leaked report - leaked to the Guardian - about 'rising racism' in the UK.

'Newsnight' actually debunked it but did so, in true BBC style, with a report from Oldham showing Muslims and white non-Muslims expressing mutual warmth towards each other and then interviewing a charming immigrant father and his equally charming British-born daughter.


After a former from former TUC guy Duncan Weldon on the 'house price bubble' came another 'Newsnight' piece on capitalism, plugging a book by left-wing intellectual David Marquand, another critic of laissez-faire capitalism.

A row between the London taxi drivers' union and a wicked multinational came next, followed by a reverential tribute to left-leaning writer Maya Angelou.

Stephen Hawking featured in the 'quirky bit' at the end, talking England's chances in the World Cup. (He doesn't reckon much to them). 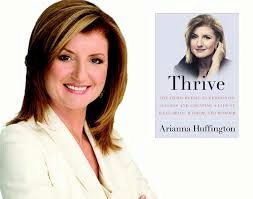 If you think all this sounds rather like the Guardian on TV, then you ain't heard nothing yet: Thursday's edition featured Billy Bragg, Arianna Huffington (a book plug) and a somewhat 'smoke-without-fire' report insinuating British wickedness in backing Brazil's right-wing military dictatorship in the '60s and '70s. The BBC's old Iraq War obsession got a replay too, plus Ian 'Cool' Katz's technology obsession found another outlet. Ah but, 'the only right-winger in the BBC village' was on discussing Englishness with Billy Bragg. Yep, Peter Hitchens.

Newsnight has ignored the much-discussed horror stories of the Pakistani women bricked to death and the pregnant Christian Sudanese woman sentenced to death for apostasy, but tonight's edition led with the horrific story of the two girls viciously raped and murdered in India. A human right's activist was egged on by Kirsty Wark to attack her country's politicians in the wake of the recent elections.

Potential trouble for the Tory 'toffs' in Newark came next, with lots of mockery of UKIP for 'harking back to a mythical England that never was', 'turning the clock back' and 'not having "a very inclusive view of the nation"'. The Lib Dem candidate got a little ribbing. The Labour candidate wasn't mocked  at all though (lucky man).

After a discussion about "disturbing" racism - and anti-Muslim prejudice - in Northern Irish politics, exclusively from unionists/loyalists apparently (in contrast, Martin McGuinness was "very sympathetic"), Miliband's expression of a lack of enthusiasm for British newspapers was given Newsnight's light treatment before being generally discussed.

And thus ended another week's worth of Newsnight. Wasn't it biased, eh?
Posted by Craig at 23:35