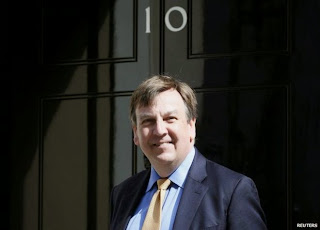 Further to Craig’s John Whittingdale post, one or two papers have got the wind up about the BBC’s perilous future in the hands of the new UK culture secretary.

The Guardian asks:“What will John Whittingdale do with the BBC now he has a free hand?”
Last October he described the BBC licence fee as “worse than the poll tax..."

Figures from the media and arts worlds have been reacting to his appointment on Twitter:

But the BBC is cool no worries.

David Sillito says: When it comes to understanding the brief, you would be hard pressed to find anyone better”
*********

Anita McVeigh spent much of May 8th roaming round the streets of Kingston (not Jamaica) for BBC news channel, asking passers by what they thought of the result.

The newsroom went to her for the umpteenth time. She explained yet again why she was there, then said “one young man who has been waiting patiently to talk to me is..” she named him, and I don’t think she said ‘Will’.
“You didn’t vote, did you?” she began. “tell us why not.”
“I wanted to” said he, looking bemused “but unfortunately I found I wasn’t registered” “I would have voted Green, which would have been good for me” he explained mysteriously, “but I think the Conservatives would be good for the country”  He didn’t exactly say “cool; no worries” but if he wasn’t a role model for the intern from W1A, I’d be surprised. When he’d finished, Anita McVeigh walked away, saying “Thank you Will” .
It amused me anyway. Even if his name was Will, it would still be funny. 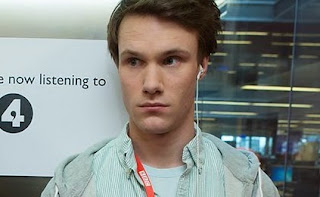