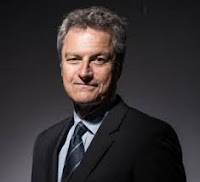 I started to write a long post about today's Dateline London and its ridiculously biased discussion of David Cameron, the EU and UKIP (EU=good, UKIP=bad)...

...but I think it's best just to give you this one quote from presenter Gavin Esler (re the forthcoming EU referendum):

But what you might see is, broadly, the centre-left and the centre-right coalescing on a 'yes' vote and others towards the left and towards the far-right will say 'no'...

And, yes, he really did say "toward the far-right" to describe people (presumably many Tories as well as UKIP) who will say 'no' in that referendum.

The mindset of many at the BBC revealed there for all to see, I'd say.
Posted by Craig at 20:10